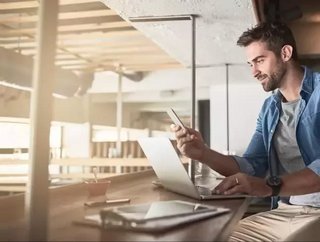 The app-ads.txt tool will help combat fraud but it also underlines the importance of working with trusted mobile marketing partners

Mobile marketing has a major fraud challenge, particularly in-app. So all involved in the channel will hope a new tool making the transition from the desktop will help thwart online criminals attempting to dupe advertising networks.

The channel is in need of protection because it is where digital marketing budgets are increasingly focused. In fact, Zenith recently predicted that by 2020 30% of global advertising spending will be on mobile, up from 19% in 2017. That equates to $187bn which is only $5bn below the global advertising budgets that will be spent on television.

Such a huge market has been a veritable Aladdin’s cave for tech-savvy fraudsters. A recent report did not give numbers but claimed that even before the year was finished, 2018 was looking likely to see a 800% rise in app fraud.Research for Q1 2018 by AppsFlyer went further and put a figure $800m as the cost of fraud in that first quarter alone, a rise of 300% on the same period the year before.

The premise behind the desktop’s ads.txt is simple. To allow programmatic, machine-to-machine advertising to be less prone to fraud, a publisher can name the third parties it entrusts to sell its inventory. In a way, it is a little like a list of people who have dinner reservations at a popular restaurant. If your name is on the list, you can proceed. If it isn’t, you will be turned away.

For such a simple idea, ads.txt is credited with enabling the top 5,000 publishers who have installed the tech to experience fraudulent traffic rates 22% lower than those who have not, according to a recent report.

So it helps, but the system is not perfect. Publishers will admit that sometimes, if they are working with multiple ad partners, they can inadvertently bar a decent network through misspelling its name. When there are so many to write down, mistakes will happen.

There is also the issue that online fraudsters are suspected of mimicking reputable businesses that are on publishers’ approved lists so they are allowed to carry on trading adverting programmatically. It is a little like going up to the front door of the aforementioned restaurant and repeating the name of someone you’re pretty sure would be on the list and getting their table.

It was a natural progression that mobile would follow in desktop’s footsteps and in November 2018 the app-ads.txt beta was released by the IAB’s Tech Lab a year and a half after the idea was first suggested. Interested companies have until early February 2019 to comment.

There is a useful addition to this app version, publishers can list who they permit to sell their inventory to cut down on advertising fraud but developers can also identify themselves which, it is hoped, will cut down on the incidence of fraudulent app downloads.

It is hard to say with any certainty how successful app-ads.txt will be because ads.txt has made noticeable progress but it has not proven to be a silver bullet. Naming trusted ad partners and allowing developers to identify themselves will help but only the most optimistic would suggest this will eradicate fraud.

Clement Cao, is the Co-Founder, Executive Director and President at advertising and analytics platform Mobvista