Eventfinda takes Kiwi fun to the US 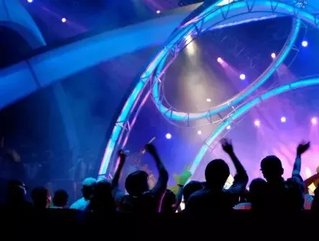 New Zealand technology company Eventfinda has launched its event discovery, marketing and ticketing platform in the United States. Starting out on the west coast, the company has aggressive growth plans in place.

After 200,000 events published and $10 million in tickets sold, Eventfinda has taken its ‘Kiwi sense of fun’ to the US, expanding its event discovery, marketing and ticketing platform which is already operating in three countries.

“We realized that while we are very good at what we do there are other opportunities for growth” said Michael Turner, Eventfinda’s Founder. “The U.S has been on our list for some time so we are pleased that as of September 1st we are operating on the west coast and quickly rolling out other cities this fall.”

Eventfinda started out as a New Zealand tech company, with its event discovery platform gaining the most traction and growing eventfinda.co.nz into the 20th most visited website in New Zealand.

Eventfinda Pro, which allows event promoters, venues and artists to list their own events for free, is so successful that 100 percent of the event content in New Zealand is user generated. Adding ticketing became the next step as events grew larger in size and the demand for ticketing increased.

“What’s interesting is that we are taking a Kiwi style way of fun and business and bringing that to other places. While there are some things that are different based upon cities, having fun and getting people into events is not one of them,” says Turner.

Since 2006 Eventfinda has been mastering event discovery for consumers, making it fun and engaging, while making it easy for event marketers and promoters to connect with their audience. Seamless ticketing also helps make organizing the events easier for all parties while adding another revenue stream. The company team has tripled since January this year with more cities lined up for expansion.

“We have aggressive growth plans in place and have set-up anchors in several large cities to market including San Francisco" says Turner. “But we're excited. We know how to do this, and now it’s about having the right partners for exponential growth - or as some call it exponential ‘fun’.”