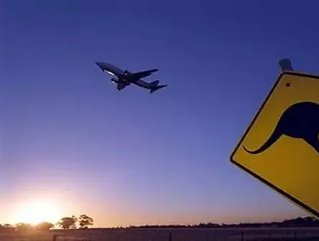 Australia’s tourism sights are clear: according to the numbers released by the Australia Bureau of Statistics yesterday, international visitors from New Zealand, the UK and China were the top three international arrivals of 2011.

Asian travel made a particularly significant impact on Australian tourism last year. Singapore and Malaysia saw a bump in their visitor numbers, and with a nearly 20 per cent increase, arrivals from China brought approximately 542,000 travellers to Australia. Those at the helm of the Aussie travel market, already salivating over the huge increase, are hungry for more – but not just for more tourists.

“The data shows the growth potential in major Asian markets, and in business travel replacing declines in visitor arrivals from traditional markets,” said the Minister for Tourism, Martin Ferguson AM MP, in a Tourism Australia press release.

Ferguson was referring to the business-versus-pleasure figures: business-driven travel went up by six per cent in 2011, but holiday travel fell by more than four per cent. In both scenarios, there is room for a numbers increase.

“The Australian Government and Tourism Australia will invest over $30 million in marketing to China over the next three years, including $13.32 million this year alone,” said Ferguson.

According to the ‘Tourism 2020’ plan hatched in 2009 to help Australia reach its tourism industry potential, visitors in Australia generate nearly $34 billion to the economy, contribute to the wages of more than 500,000 industry workers, and earn the nation a tenth of its export earnings.