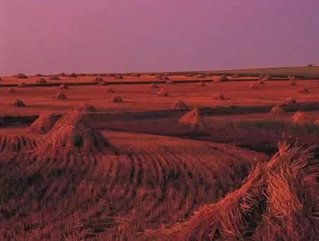 While the world struggles to stay afloat as economies crash and uprisings multiply, Australia has largely walked away from these crises unscathed. Even stronger growth is expected to bless the nation, with a number of commodities being highly desirable to countries like China and India. Abares, Australia’s natural resources forecaster, predicts that Australia’s export commodities will rise even more. Read on to learn about top commodities.

In 2011, world trade of iron ore is forecast to increase by 5% to 1.1 billion tons. Chinese imports are projected to continue to grow strongly and the major growth in iron ore supply is expected to come from Australia and Brazil. Australia’s iron ore exports are forecast to increase at an annual average of 7%, supported by several large additions to capacity scheduled for completion.

In 2011, disruptions in Australian exports are expected as a result of floods in major coal producing regions of Queensland. Despite this, exports in 2011 are forecast to increase by 3% to 163 million tons. Australia’s exports of metallurgical coal are projected to increase at an average rate of 5% a year to reach 219 million tons in 2016, supported by expansions to port and rail capacity in Queensland.

Thermal coal exports are expected to increase, reflected by increased demand from Asia. Supported by recently completed projects such as Cameby Downs, thermal coal export earnings are forecast to increase by 24% to $15.1 billion. A number of rail projects in the Hunter Valley and Queensland that are under construction or at an advanced stage of planning will complement increased mine and port capacity.

In 2010–11 Australia’s crude oil and condensate production is forecast to increase by 9 % to 27.8 gigalitres. The ramp-up of fields in the Carnarvon Basin has supported increasing oil production since the second half of 2010. In 2011–12, several new oil projects that are scheduled for completion in 2011, such as Kitan, are forecast to lead to an 8 % increase in production.

Recent expansion at Rio Tinto’s Northparkes operation is expected to support a 12% increase to 916,000 tons. Several mines that have been closed for maintenance are expected to restart in early 2011, including CST Mining Group’s Lady Annie SX–EW operation. The value of copper exports is projected to reach $11.8 billion in 2012–13, before declining to $9 billion by 2015–16.

Australia has significant reserves of gas, but because of the geographic distance from gas-importing economies, its contribution to gas trade is LNG. In 2010–11, Australia’s LNG exports are forecast to increase by 4% to 19 million tons, supported by the anticipated higher demand from Japan and China.

Australia’s production of alumina is forecast to increase by 1% to 20.2 million tons in 2010–11, mainly as a result of expected higher production at the Gove refinery in the Northern Territory and the Worsley refinery in Western Australia. With higher expected export volumes and prices, the value of Australian alumina exports is forecast to increase to $7.3 billion in 2011–12.

The expected restart of Norilsk Nickel’s Australian operation is projected to contribute 4% annual global growth to reach 142,000 tons by 2016. Australia’s nickel export earnings are projected to decline gradually to $3.8 billion by 2015–16, as increases in export volumes are offset by projected declines in world prices.

Wheat exports are expected to be around 16.5 million tons in 2011-12. Production, and consequently exports, may fluctuate from these volumes depending on the seasonal conditions. The current La Nina weather pattern could potentially affect wheat production, primarily in eastern Australia.