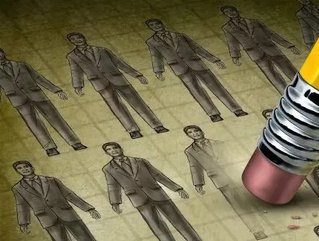 In a press conference 27 February, CEO Alan Joyce announced that Qantas would cut jobs and reduce costs by $2 billion over the next three years. Joyce said Qantas was facing “Some of the toughest conditions... it had ever seen,” but that he was committed to doing whatever it took to turn the company around.

“We have a plan to cover every aspect of the business to get it back to profitability and we have the courage and commitment of the management team to make that happen,” he said.

The layoffs come after a dismal second half to the 2013 business year, where the company posted a loss of $252 million. Joyce and Qantas have tried to convince Prime Minister Abbott and the federal government to give them financial backing or at least a debt guarantee, citing the disadvantage they have compared to airlines like Virgin Australia. Because they are Australia’s national airline, foreign companies can only own 49% of the company; Virgin Australia is owned by three government backed operators – Air New Zealand, Etihad and Singapore Airlines. When it became clear that government aid was not likely, Joyce announced the cuts.

In addition to jobs and scaling back costs, Qantas is also reducing the size of their fleet by 50 aircraft. This includes retiring older airliners, and putting off orders for new planes.

While Qantas scrambles to make a business plan for recovery, attention turns to customers of the airline. They were quickly reassured that their frequent flier plans wouldn’t change, and that the current business decisions of the company would not affect ticket prices. This is, in part, because the current competitive nature of airline travel; if ticket costs were to increase, Qantas might be pricing themselves out of customers.

Changes to routes will be implemented over the coming year as well, with flights between Perth and Singapore done away with, and flights between Melbourne and London retimed. Many question the marketing plans of Qantas, as they spent $314 million in the last half of 2013 on their selling plans. Up until now, Qantas has no plans to change this.