Iron ore makes comeback, but is it here to stay? 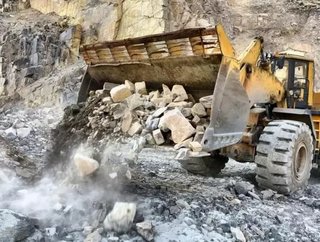 As was written in our sister site Mining Global, the nation’s top commodity bounced back after a 10 per cent drop just one day earlier, making it the largest single-day fall and rise ever in a 48-hour period. It also ended a 10-day slump as sale of Chinese equities came to a halt while the price of most industrial metals went up.

Mining giant BHP Billiton went up nearly three per cent, while its competition Rio Tinto saw a 2.32 per cent increase and Fortescue Metals rose 1.68 per cent.

This is expected to have a big impact on revenue for both Australia and China, as Australia is the world’s largest supplier of iron ore—which is key to making steel—while China is the Aussie’s top customer. The dropping price of iron ore was severely impacting government revenue as the nation’s most important export.

As a result, China paused its trading in over half of the nation’s listed stocks and requested assistance from its major stockbrokers through a large stabilization fund in order to help calm the market. Stocks in Shanghai rose 5.8 per cent—the most since 2009.

This comes after BHP and Rio each had a low-cost output in 2014 that created a large supply of iron ore, while growth in China slowed down considerably.

Increased supply in recent months along with a decrease in Chinese demand has had iron ore on a steady decline. Even with the latest 10 per cent spike, the majority of smaller Aussie miners will still be producing at a loss, forcing many cut costs.

However, Rio Tinto believes the long-term market for iron ore is stable and will continue to produce a high amount of revenue in Australia. After providing its second-quarter operations review, Rio noted iron ore production and shipment increased compared to 2014 despite unseasonal, severe weather in Western Australia that included two tropical cyclones that lost about seven million tonnes.

Rio had a record-high first-half of production and sales, as it brought in 146 million tonnes and 146.5 million tonnes respectively from its site in Pilbara. The company also expects to increase its production capacity to 340 million tonnes as it finishes up important pieces of its infrastructure that will support future expansion.

However, some of the top mining companies may have to shut down in order for the market to truly stabilise, as the reality of China’s decreased steel production sets in.