How Australia Post intends to rebound in other Asia Pacific markets 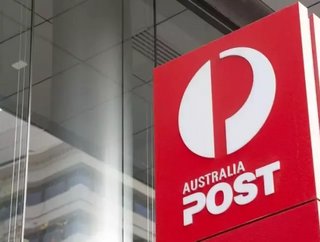 After suffering its first full year loss in over 30 years, Australia Post is looking to make its way into Asia.

With the number of letters posted dropping by 7.3 per cent due to email and electronic bill paying, the postal service has faced a downturn in the past year and suffered a loss of $222 million.

RELATED TOPIC: Is WorkMail From Amazon The Next Gmail Or Outlook For Business?

Now it’s time for the company to address its growing financial troubles as the result of its declining volume of mail deliveries.

However, there may be new opportunities in other areas of the Asia-Pacific region, as Japan Post and Singapore Post each have lucrative parcel markets.

“We are focused on growing our e-commerce business to everyone,” said Australia Post CEO Ahmed Fahour. “We will not just focus on the domestic market, but also particularly the Asian opportunities for us.”

RELATED TOPIC: [Infographic] The History Of Email: From M.I.T. to 1bn Gmail Accounts

According to Fahour, the parcel delivery business has continued to grow, but not at a fast enough rate to make up for the struggling letters division that has seen its volumes drop by 7.3 per cent. With parcel revenue up 3.6 per cent to $3.21 billion, the Australia Post has become more of a parcel company than a letter company.

The falling Australian dollar is also expected to open even more doors in Asia, where outbound parcel volumes from Australia have doubled.

Australia Post has previously done business in Asia, as it teamed up with Chinese e-commerce giant Alibaba in an effort to attract more Aussie retailers to Tmall.com, one of China’s largest online retail sites. In the deal, Australia Post provided translation, payment and logistics services for companies who sell products to Chinese consumers.

The agreement allowed small and medium-sized Australian businesses to export to China without having a Chinese business license. Fahour said over 30 companies signed up to use the joint venture, including Aussie vitamin maker Swisse.

In addition, Australia Post has launched a two-speed mail system in Queensland, which includes both a priority service and a cheaper, slower regular service. The move allows Australia Post to reduce its losses on mail delivery, as 95 per cent of all mail is being sent by business owners and the government.

Down the line, Fahour’s next hurdle will be raising the price of the basic postage stamp from 70 cents to $1. In the meantime, Australia Post will continue laying out the foundation of an impressive corporate turnaround.