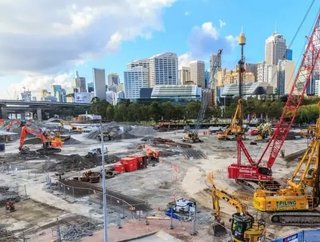 Growth in Australia’s construction sector has hit a 10-month high according to the latest Performance of Construction Index (PCI) released by the Australian Industry (AI) Group today.

The rebound follows a slowdown in the industry in May. However, the PCI surged 6.5 points to 53.2 in June, with the result above 50 indicating that construction activity was expanding once more.

Growth in the index was attributed to the first increase in new orders in eight months, while both employment and current activity are also higher.

All four PCI subsectors expanded, with engineering increasing 7.5 points to 50.7, commercial bouncing back to 53.3 and residential increasing 13.7 points to 55.2 due to apartment activity. House building also recorded its most rapid rate of expansion in over two years at 62.1.

"At the same time, non-residential construction has some spark to it, but the breadth of recovery is still proving elusive," he said.

Peter Burn, Head of Policy at the AI Group remained similarly cautious about long-term growth prospects outside of residential builds:

“The residential sub-sectors of house and apartment building were the standout performers both in current activity and in new orders, suggesting they are on track to continue their expansionary run over the near term.

“While making positive contributions to current activity, the commercial and engineering construction sub-sectors both recorded a drop in new orders in June, providing less cause for optimism about the first quarter of the new financial year.”