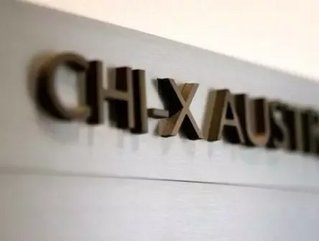 Japan-owned Chi-X signed a five-year agreement with the ASX’s Trade Acceptance Service, but is not locked into exclusively dealing with the ASX for that time period, according to Chi-X Australia COO Peter Fowler. “We have fulfilled our key objective in negotiations with ASX of ensuring that all market participants have an equitable post-trade service, regardless of execution venue. We have chosen to apply for the five year pricing option as this has the advantage of spreading the costs imposed by ASX over a longer period. Importantly, the arrangement will not lock Chi-X into exclusively using ASX for the duration of this period,” he said.

ASX’s Trade Acceptance Service fees decrease dramatically as contract length extends, starting at $1.25 million for a one-year contract and dropping to $275,000 a year for the five-year deal Chi-X has signed up to, according to reports from The Australian.

Currently, ASX has a monopoly on clearing and settlement services in Australia, and set up Trade Acceptance so it could offer a similar service to any new market entrants. The ASX might not have a monopoly as Australia’s trading service anymore though, as Chi-X now has all of the relevant regulatory permits and will begin trading major stocks in the final quarter of 2011.

Fowler said, “The strong support we have received from key vendors and Australian market participants provides further evidence of the desire that exists in the Australian market for competition and the benefits a multiple market environment will deliver.”