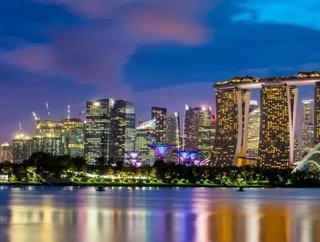 Under the offer, shareholders will be able to subscribe for one new share for every seven held for $2.10 apiece. This marks a 12.9 percent discount off the closing share price on June 16 prior to the Brisbane-based company placing itself in a trading halt on Friday morning.

"The funds raised from this entitlement offer will be used to fund investment in the Hong Kong TKO Express domestic submarine cable project; expansion of the HK fibre network beyond the initial network; expansion of the Singapore network (including but not limited to Project Red Lion); general working capital; and the costs of the entitlement offer," Superloop said in an announcement to the Australian Securities Exchange (ASX) on Friday.

According to the company, Singapore is a key gateway between Asia and Europe. Superloop is planning seven new datacentres in the city-state and has 15 existing subsea cables there.

It is also planning to expand in Hong Kong, which it views as an “international springboard to mainland China.” Superloop’s 110km Hong Kong fibre-optic telecommunications network is scheduled to be completed in December 2016, with two 1,000-core cables reaching 30 sites and datacentres.

In addition, the company has 288 cores of fibre connecting 40 datacentres across Brisbane, Melbourne and Sydney.