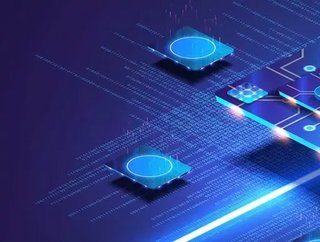 SMIC shares drop 23% after the US Department of Defense announce its consideration in restricting US exports for the company...

Following discussions by the US Department of Defense (DoD) to put export restrictions on Semiconductor Manufacturing International Corp (SMIC), the company’s Hong Kong shares have dropped by 23.89% and its Shanghai shares are down 11.29%.

Including more than 300 china based companies, the Commerce Department’s entity list restricts those on the list from receiving specific US made goods.

“DoD is currently working with the interagency in assessing available information to determine if SMIC’s actions warrant adding them to the Department of Commerce’s Entity List,” a Defense Department spokesperson said. “Such an action would ensure that all exports to SMIC would undergo a more comprehensive review.”

While China is putting emphasis on its domestic semiconductor industry, it has been reported that this effort is losing traction as a result of its trade war with the US.

With SMIC relying on the chip making equipment in the US, its addition to the Entity List would make the operations of the company increasingly difficult, due to not being about to obtain what is required for production.

The discussion made by the DoD, are a result of a report by a U.S. defense contractor - SOS International LLC - that alleges that the organisation has ties to China’s defence sector. However in a statement made by SMIC at the weekend, the company emphasises its shock at the news and denies a relationship with the sector.

“The Company manufactures semiconductors and provides services solely for civilian and commercial end-users and end-uses. We have no relationship with the Chinese military,” stated SMIC.

“The Company is in complete shock and perplexity to the news. Nevertheless, SMIC is open to sincere and transparent communication with the U.S. Government agencies in hope of resolving potential misunderstandings.”

This recent announcement follows the DoD’s investigation into Huawei Technologies restricting the company from access to licenced versions of Google Android’s operating systems, with further plans to restrict its access to commercially available chips, without a special licence. SMIC is one of Huawei Technologies providers.

For more information on business topics in the United States and Canada, please take a look at the latest edition of Business Chief North America.