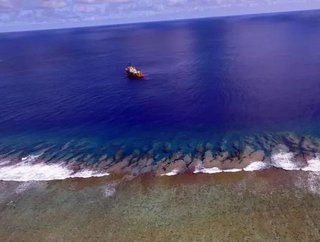 Australia is one step closer to receiving ultra-fast connectivity from the US after the green light was given for an enormous sub-sea cable to be installed.

Southern Cross Cables and EGS have successfully mapped 15,000 km of seabed spanning Clovelly to Los Angeles to optimise the fastest and safest route to lay its US$350mn Southern Cross NEXT undersea cable.

The cable, once laid and operation in late-2019, will deliver the highest capacity and lowest latency internet connection for Australians, New Zealanders and several Pacific Island nations accessing US-based web services and apps.

The cable is expected to provide an additional 60TBps of capacity for customers; the equivalent of roughly 1,875 HD movies per second, adding to the existing 20TBps of capacity of the current Southern Cross systems

The survey, which began in February, found a slightly faster route than first anticipated, shaving further latency off what was already set to be the lowest latency connection between Australia, New Zealand and the United States. Addtionally, the survey uncovered a previously-unidentified shipwreck, 37 kilometres off the coast of Sydney.

“For the overwhelming majority of internet delivery, our connections are made to various websites and apps from abroad by a series of ‘pipes’ that rest on seabeds across the globe, and those submarine cables are no thicker than a garden hose. People don’t realise that delivering a submarine cable is among the most critical infrastructure projects on the planet.

“The route we have chosen will deliver the fastest connection between the shores of Australia, New Zealand and US – and we’re also connecting up several Pacific Island nations as well.”