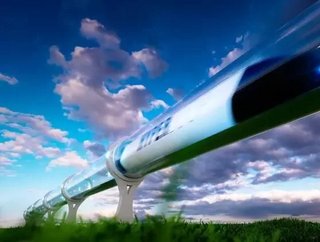 India is now one of the destinations which will house Hyperloop Transportation Technologies new transport network. Situated between Vijaywada and Amaravati, the one hour trip will be reduced to just six minutes through the company’s ground-breaking hyperloop system.

With 50 million people situated within the State of Andhra Pradesh, it has become the seven largest region in India, of which the transportation network is sure to deliver a number of advantages to the region and provide a significant boost to the economy.

A Public Private Partnership finance model will be adopted, with funding primarily from private investors. The MOU, signed by the government of the state of Andhra Pradesh, will work with local stakeholders and developers to ensure the network will abide by the highest standards throughout the region.

The agreement is a first for India, where phase 1 will encompass a six-month feasibility study, which will begin next month. The study will enable the analysis of the surrounding area to source the best route to connect the two cities. The construction will also provide significant employment throughout the second phase of the project.

Techcrunch has reported that the Andhra Pradesh Economic Development Board will also support HTT in providing the necessary regulatory requirements to make sure the project is undertaken with the required approvals.

The news signifies India’s focus on adopting smart city status within a number of areas, embedding sophisticated technologies and abiding by best practices.

"HTT's transportation platform will enrich the IT infrastructure and ecosystem of Andhra Pradesh to a large extent," commented Nara Lokesh, Cabinet Minister for Information Technology, Panchayati Raj and Rural Development for the State of Andhra Pradesh.

"The Hyperloop will give rise to development of various state-of-the-art technology parks and software clusters in Amaravati, helping to fortify the city's image as a world class leader in science and technology,” and improve standards of living throughout its development.