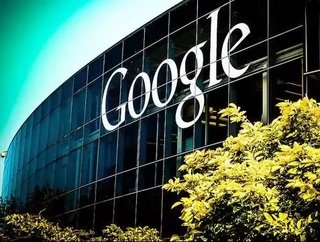 Developing its presence within several markets, Google has set its sights on developing its services in Indonesia as part of its aggressive expansion strategy into southeast Asia.

Previously rolled out in India in 2015, its Google Station program has seen its public Wi-Fi service rolled out at public spaces, such as universities, bus stops and railway stations, enabling users to remain connected at low cost and gain access to vital services. With over 150 stations in India alone, Indonesia is hoping for the same success by adopting new technologies to support its citizens in a number of industries.

The country is looking to implement its services in hundreds of spaces across Java and Bali in a 12-month rolling project, targeting one of southeast Asia’s largest markets. The move will enable Google to work in competition with Facebook’s platform, where its Wi-Fi hotspots have now been implemented in both India and Indonesia.

In order to make the project a success, Google has also partnered with a number of local providers, venue owners and telecommunication companies to ensure its services are launched without delay. For example, the company has partnered with broadband provide FiberStar, as well as service provider CBN.

The tech giant has also launched its Assistant in Bahasa Indonesia, where local citizens are able to get answers from Google Assistant through the Allo messenger application. This focus has also extended into Google’s research into developing healthcare technologies, where the company has partnered with Mitra Keluarga hospitals to help support users in symptoms of Indonesia’s most prevalent health concerns.

Previously only available in India, Google has now launched its YouTube Go app, which enables users in the region to watch YouTube content despite poor connectivity in remote areas.

Additionally, Google has placed a significant focus on delivering a number of educational opportunities for users in the region. Its new app, Primer, will support entrepreneurs build products and create their own business, providing exceptional lessons in how to market its products, which has seen a surge in popularity. It has also developed a platform solely for female entrepreneurs in the region.