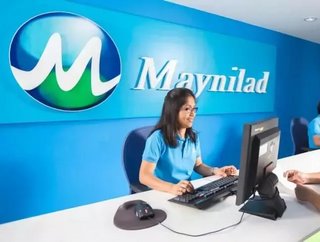 The Philippines is not a country that suffers from a lack of water. The capital Manila enjoys an average monthly rainfall of around eight inches, and its 22 million population does not generally go thirsty. However like every large city that has grown through rapid urbanization, it has struggled to modernise its infrastructure at the pace required. Managing the supply of clean water and the downstream activities of runoff and sewerage management were inadequate prior to 1997 when the water service was privatised.

The government-owned Metropolitan Waterworks and Sewerage System served the metropolitan area, however, a significant proportion of sewage ended up in storm drains or open canals. It was neither an efficient nor a healthy situation.

In 1997, the government awarded contracts to two companies, splitting Metro Manila into west and east zones. The West Zone went to Maynilad Water Services, Inc. (Maynilad), a consortium that subsequently ran into financial difficulties and returned the concession to the government. In 2007, water services were again placed in private hands—under the DMCI-MPIC Water Consortium. New management subsequently implemented the necessary intervention and poured the needed investments that made possible Maynilad’s dramatic turnaround from financially crippled utility to consumer-focused organization.

Today, Maynilad is under the ownership of three principal shareholders: Metro Pacific Investments Corporation which holds majority shares at 53 percent; DMCI Holdings, Inc., a local infrastructure company, with 25 percent; and Marubeni of Japan with 20 percent. Maynilad is responsible for the water and wastewater services in the western part of the Greater Manila area, serving a population of more than nine million in 17 cities and municipalities. Maynilad's concession contract has been extended to 2037.

Clearing the way for improvement

The new management invested heavily, and it needed to. Leaking pipes were a big concern. In 2007, 67 percent of the water that left the treatment plants was classed as 'non revenue', in other words most of it was lost though leaks, though much was illegally diverted. Replacing the large pipes made a big difference in a reasonably short time, but detecting leaks and illegal extraction was just one aspect of running a complex and geographically extensive utility that cried out for the application of new technology.

The rest of this article can be found in Business Review Asia's December issue.