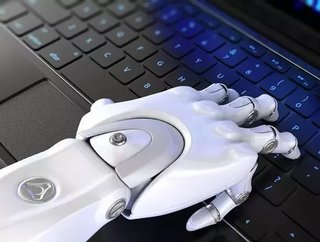 With recent news that China aims to become a global player in the AI industry by 2030, it is clear that the race to become the most sustainable and forward-thinking country globally is a battle which China is taking extremely seriously.

Becoming the second largest economy worldwide, China has become a lucrative market in terms of technological innovation and renewable energy solutions, with tech companies such as Apple hoping to enter what can be viewed as a difficult market, with companies such as Tencent, whose WeChat app has over 900 million users, and Alibaba Group, who has up to 450 million users, currently dominating the tech space. The country is also strenuously working on its autonomous driving vehicles in order to boost economic growth and be viewed as a force to be reckoned with.

Apple has since decided to build a local data centre in China to operate in accordance with its cybersecurity and data storage rulings.

The increased investment in AI is one way to ensure China is seen as a global power, with Tencent Holdings, Alibaba Group and Baidu Inc, amongst others, placing significant investments within self-driving cars and AI technology, which will further impact the way individuals work, reducing labour costs and increasing productivity.

The State Council for the Peoples Republic of China, has released a statement, explaining that “China has huge market potential for AI development. By 2020, the scale of core industries of AI will exceed 150 billion yuan. By 2025, that number will become more than 400 billion yuan as AI is widely applied in intelligent manufacturing, medical care, city development and agriculture.”

China has now become the largest market for electric vehicles and robotics. As the country plans to diversify its manufacturing capabilities, alongside the implementation of IoT and cloud services through their AI ambitions, it will also further China’s ability to become a key player in other industries, such as pharmaceuticals, with a strong logistic and distribution capabilities.