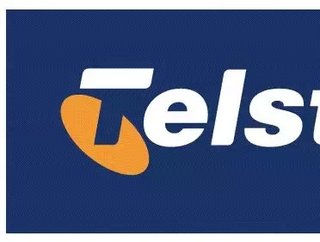 Australia’s telecommunications sector has one standout heavyweight—Telstra. It has become the most widely held stock by Australian investors, and is the largest provider of both local and long distance telephone services, mobile services, dialup, wireless, DSL and cable internet access in the nation.

“There is growing momentum in the business as customers respond positively to the initiatives we have taken over the past nine months including the introduction of competitive bundled offers, better value broadband plans, and devices like T-HubTM and T-BoxTM,” Thodey said.

Telecom is New Zealand's largest telecommunications service provider, and touches almost every New Zealander through the range of products and services it provides. The company employs almost 7,000 people in New Zealand and around 1,600 more in Australia and around the world. Telecom is now made up of five customer-facing businesses: Chorus; Telecom Wholesale & International; Telecom Retail; Gen-i and AAPT.

Last August, Telecom said it will be able to hold a shareholder vote on a possible demerger by the middle of 2011 if it’s selected as a partner in a national broadband plan. The government is planning a NZ$1.5 billion nationwide fiber-optic network and is weighing bids from potential partners, and Vodafone Group Plc and New Zealand’s electricity distributor, Vector Ltd., are among companies in 15 groups that have submitted proposals to take part. Telecom is seeking to be the government’s sole partner in the network’s development, arguing it already has much of the infrastructure in place.

VHA said in 2010 that it has plans to consolidate the 3 and Vodafone networks, in an attempt to compete with Telstra’s Next G network, which covers an estimated 99 percent of the population. The plan includes the expansion of UMTS 900/2100 coverage in 900 metropolitan sites and 500 outer metropolitan sites across Australia, an end to the 3GIS network. It will also roll out 1400 UMTS 850 base stations - UMTS 850 being the same frequency on which the Next G network operates on. VHA has spent $550 million on the project so far.

The company said many initiatives would be completed in 2011 and when it was able to connect to the NBN there would be further opportunities for “network expansion and new services.”

Following Telstra, Optus is the second largest telecommunications company in Australia, and is a wholly owned subsidiary of Singapore Telecommunications. Optus owns and operates its own network infrastructure, but also uses the services of other network service providers, like Telstra. It provides services both directly to end users and also acts as a wholesaler to other service providers. Through its OptusNet brand, it provides broadband, wireless and dial-up internet services.

Optus also owns brands, such as Alphawest in the ICT services sector, Virgin Mobile Australia and Boost Mobile in the mobile telephone market and Uecomm in the network services market.

In 2010, income at Optus rose 5 percent to $610 million, helped by the strongest mobile-phone customer growth in five years. Optus said the pace of decline in fixed-line services has slowed as businesses resume expansion after the global recession.