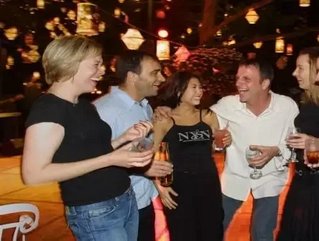 According research published today, the response of 18-24 year-old Australians to the imminent collapse of capitalism was to ignore it.

The finding emerges from the Commonwealth Bank's first Viewpoint Report, based on the experiences of 1.3 million customers.

Viewpoint found that Gen Y's spending increased 6.2 per cent in 2009, despite earnings growing only 2.5 per cent and job losses in the age group rising 13.6 per cent.

Nonetheless, their outlook was the most optimistic of any demographic, with Gen X - aged 25 to 34 - increasing spending by only 2 per cent, even though their earnings grew 4.9 per cent and job losses rose by a relatively modest 7.3 per cent.


Michael Blythe, the Commonwealth Bank's chief economist, said that Australians in the 18-24 age group lacked experience of a full-blown recession.

They were also less fearful of unemployment and had less debts due to fewer assets.

"The GFC just didn't affect their spending decisions as much as you would have expected," Mr Blythe said.

Housing experts said Generation Y needed a reality check on where they can afford to live.

Dr Owen Donald, National Housing Supply Council chairman, warned that the gap between housing stock and population had worsened and was likely to force prices even higher.

He said young adults would not be able to afford the home of their dreams within the most desirable suburbs.