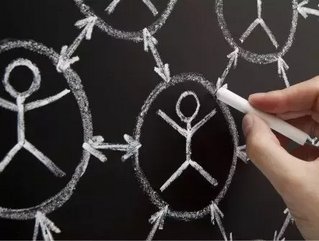 Just as the words ‘computer’ and ‘email’ have become part of our every-day speak, the term ‘social networking’ is simply part of our culture. And its obvious why – social networks are not new – humans are fundamentally gregarious and have always organised themselves into groups, forming strong and weak links. It’s the same behavior, just with new tools. Social media sites such as Facebook, LinkedIn and Twitter are by now so engrained into our personal lives that it is only a matter of time before they become part of our work lives. This revolution is already happening and is known as ‘social business’ or ‘enterprise social networking.’ The question for businesses is no longer being whether to implement it, but how.

Have you ever been swimming in the ocean only to find yourself being pulled in one direction from a strong current? No matter how hard you try, you can’t make any progress when swimming against the tide. Similarly, while social networking may have its issues in the workplace, and in particular security concerns, the key to success is not in fighting against it but, rather, figuring out to harness its potential while staying in control.  Just like swimming in the ocean, the best approach is to stop fighting and swim with the tide until you reach the shore.

When it comes to adoption, the initial resistance in the enterprise seems to be that social networking isn’t typically associated with working. To put it bluntly, there are laggards who think that if it’s ‘social’, it can’t be business. Changing the way we talk about it by using the terms ‘social business’ and ‘enterprise social networking’ will re-align the way we think about social tools in the workplace. In turn, the minds of those aforementioned laggards will begin to open and see that social can have a place in business.

Simplicity and ease of use is key

Introducing a social business environment should make life easier, not more complicated. At the heart of social business is simplicity and ease of use, which is why there’s a huge problem with some of the really complex tools available. The ideas behind them are nice, and they certainly seem comprehensive enough to fulfill the needs of the enterprise, but if it’s too difficult to figure out and actually use, adoption will be low.

The iPhone is a great example of simplicity done right. All of the basic functions that people want are readily available and incredibly intuitive– like making calls, checking email, downloading a new app, searching or texting. Because of that, it’s very popular. The same is true for rolling out a social business environment, it must be intuitive and secure or it will not thrive.

Social is enhancing, not fixing

Generally the enterprise is looking to solve a problem when adopting new technologies. This mindset works against social business adoption since it’s really not solving anything, per se. However, it is enhancing the way things already work, which is just as valuable. Think about the car – when Henry Ford invented the motor vehicle, we already had means of transportation via horse and buggy. But with the car, we can travel faster and for longer distances over a shorter time.

Similarly, there’s always room to improve processes in the enterprise. So, in the enterprise, we can already communicate and collaborate, but there’s a way to do it more efficiently with enterprise social business. Research from McKinsey shows that social business offers companies the potential to improve productivity of highly-skilled workers by 20 to 25 percent. It is simply taking a process that is already in place, and making it better.

While social networking tools may be about enhancing rather than fixing, users will be slow to adopt these tools if they don’t understand the value. Organisations must first recognise the business value and communicate to users exactly how social business will advance current processes and activities. If a user knows they can save time or improve an existing process with the help of social tools, they will be much more inclined to get on board.

In light of these barriers, I believe that the enterprise is beginning to seriously consider integrating social business as part of its normal every day. Historically, the enterprise is very slow to adopt, often lagging about four to five years behind the consumer. Think about the Bring Your Own Device (BYOD) trend, for instance. Consumers started working on their own devices remotely without authorization, and once adoption got really deep within the organisation, the IT department or CIO in charge realised it was not under control and lacked certain securities. This is how BYOD evolved to have more standard practices, and social business is following suite.

Already the enterprise is beginning to see how social business benefits such as structured conversation and simpler communication have value. These realisations are backed by research, too.  For instance, McKinsey reported that companies that use social media internally can reduce, by as much as 35 percent, the time employees spend searching for company information. They state that additional value can be realized through faster, more efficient, more effective collaboration, both within and between enterprises.

While this is undoubtedly compelling, we’re in the early stages of ROI and more quantitative results will likely be needed before enterprise social networking becomes the new norm. As businesses come to fully understand how social networks will propel their organisations forward, I predict adoption rates will surge. I look forward to the day when business and social meet and, until then, am certainly enjoying the ride.