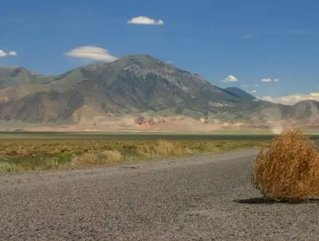 Australia had the honour of hosting the G20 conference this year, and much of the world’s media was in attendance of the important event. With world leaders from the top 20 economies, security was tight. Those visiting for the conference were in Brisbane for business, not pleasure, and the majority stayed in the secure G20 headquarters. Reports trickling in today reported that on some street corners around Brisbane, there were more police officers and security than there were pedestrians.

And in a city where an event of this magnitude usually brings with it huge economic benefits for business, Brisbane became a virtual ghost town. Residents were confused about whether they should or could remain that their homes in areas that were under tight security and lockdown (like the Central Business District) during the weekend, so many left.  And on top of the lockdown, planned protests and restrictions on workers accessing Brisbane, as well as a holiday given for the G20 events, people were not in the mood to venture out to shop, nor were tourists willing to explore.

Traders were encouraged to remain open on Friday, but would have had to pay penalty rates. Small business was definitely hit hard. A majority closed up shop, not willing to watch the time slowly pass with no customers. Others that remained open suffered.

Danny Rizk, an owner of a cafe in CBD, claimed to have just half of the normal number of customers as usual. Stokehouse, a top Soutbank restaurant, only had two lunchtime bookings for Friday’s public holidays.

Lord Mayor Graham Quirk spent some time backtracking in the weeks leading up to the G20 event, trying to convince locals and visitors alike that the city would be open for business. He was aware of the hit local business could take (and did), but touted future gains—like possible future tourism increases through hotels, retail stores and restaurants—as acceptable reasons for the current loss. One industry that actually got a boost from the conference? The 20 or so legal brothels in the city.

For future planners of global events such as these, take note. While security of world leaders is of the upmost importance, the success of local business should be a priority as well. Calling for the shutdown of the city, only to announce that Brisbane was “open for business” advertised mixed messages and eventually more trouble than what it as worth.