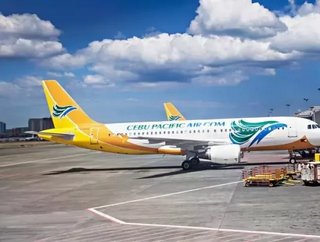 Philippine airline Cebu Pacific announced that it has flown in excess of 10 million passengers from January to June this year, an increase of 9 per cent over the same period last year.

In June this year, Cebu flew a total of 1.6 million passengers, an increase of 8 per cent from the 1.5 million passengers flown in the same month in 2015. The upsurge in passenger volume was primarily driven by popular domestic destinations in Visayas and Mindanao such as Kalibo, Tacloban, Siargao, and Tagbilaran, according to the airline.

Key international short-haul destinations including China, Taiwan, Hong Kong, and Singapore, also fared well during the first half of 2016. Passengers to and from Japan, in particular, spiked by 21 per cent as a result of the launch of Cebu–Tokyo (Narita) in March 2015 and Manila–Fukuoka in December last year.

J R Mantaring, Cebu’s vice president for corporate affairs said: "We are very proud to share with you that since CEB’s inception in 1996, our passengers now number more than 130 million and counting. These promising figures encourage us to cater to the growing travel demand not just in Manila, but throughout our six strategic hubs nationwide.

“We are optimistic that with the support of relevant airport and government authorities, we can continue offering our trademark lowest fares to even more Filipino travellers in the years to come."

The airline reported a staggering 414 percent revenue growth in 2015, supported by growth in both passenger and cargo revenues as well as lowered operating expenses.