Three reasons why the World Bank is optimistic about Myanmar 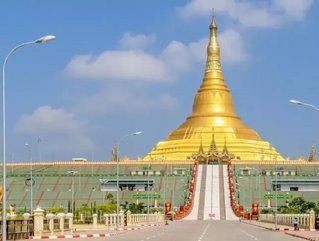 Myanmar’s business landscape is improving. This according to the World Bank’s annual Doing Business report which has ranked the Southeast Asian nation one place higher than 2015, as well as a massive jump in its ease of starting a business ranking.

Myanmar was ranked 170 of out 190 countries in the report, which looks at a number of factors including starting a business, protecting investors, electricity supply, and enforcing contracts.

While Myanmar’s place is just one higher than 2015, the country managed to surge in the ease of starting a business rankings. In 2014 Myanmar was ranked last but following a number of regulatory reforms, the country is now 146th out of 190.

“Myanmar is steadily making progress in creating a business environment that will help the country sustain its strong pace of growth,” said World Bank country manager for Myanmar Abdoulaye Seck.

While Myanmar still retains the same number of procedures required in order to to start a business -and the number of days it takes to start the business remain the same – costs have fallen dramatically. Starting a business has dropped from 97 percent of the average income to 40 percent.

The World Bank said Myanmar has “improved its credit information system by enacting a law that allows the establishment of a new credit bureau”. This new institution will enable lenders to collect information that will help them make decisions on individual loans – a breath of fresh air in an industry that is plagued by lack of data in this regard.