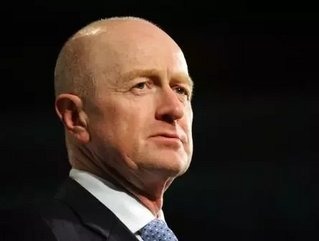 At the Economic Society of Australia in Brisbane yesterday, Reserve Bank Governor Glenn Stevens warned that interest rates will rise in coming months, largely because of the two-speed economy that is moving at different rates.

The move to raise interest rates is to keep inflation controlled. Sentiment is that “the windfall from the mining boom for consumers was not obvious, most Australians were benefiting from a higher Australian dollar and low unemployment,” The Australian reported.

The Reserve Bank upheld its forecasts from May, with Stevens saying that, “further tightening of monetary policy is likely to be required at some point for inflation to remain consistent with the 2 per cent to 3 per cent medium-term target.”

“It remains, though, a matter for judgment by the (RBA) board as to whether that point has been reached,” Stevens said. “As far as prices are concerned, we will get another comprehensive round of data in late July,” he said, adding monetary policy has been exerting some restraint.

Stevens implied the Bank may consider an interest rate increase in August after official inflation data for the three months ended June 30 was released next month. “As far as prices are concerned, we will get another comprehensive round of data in late July,” he said. The RBA has kept the official cash rate at 4.75 per cent since November following indications that the housing market is slowing.

Following the speech on Wednesday, the S&P/ASX 200 index closed down 18.2 points, or 0.4 per cent, at 4566.8, with analysts commenting that sentiment is still delicate.