JP Morgan: Why emerging markets could outperform in 2021 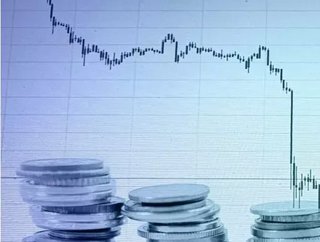 With optimism around recovery, could emerging markets, largely in Asia, continue to be one of the biggest beneficiaries of the economic healing process...

Despite the economic slowdown caused by the pandemic, there has been hope on the horizon for emerging markets (EMs), with 2020 proving a year like no other.

According to research by JP Morgan, the MSCI Emerging Markets Index outperformed the S&P 500 for the first time since 2017 (EM gained +18.55 versus the S&P 500’s +18.4%) with Asian emerging markets in particular proving the best-performing equity markets global, with China, Taiwan and Korea all up around +40% on the year.

So, is this outperformance by emerging markets a one-off in a year that was like no other, or could it be a sign of continued growth?

According to JP Morgan, the current conditions, which includes everything from robust demand for technology to a modestly weakening US dollar, are perfect for emerging markets to continue this trend of outperformance.

Here, JP Morgan outlines why and where emerging markets could favour growth in 2021.

Improved global trade and a weak US dollar

Improving global trade, coupled with resilient commodity prices and a weak US dollar, are all conditions under which emerging markets tend to do well.

To predict how emerging markets might perform, JP Morgan looks to exports and commodity prices. Exports are often the most volatile part of the growth cycle and matter a lot for corporate earnings and for economies’ currencies whereby more trade lends itself to higher profits and a stronger currency. And although commodities now only account for 30% of EM exports, much less than in previous years, commodity prices do tend to reflect global growth. This means when the world experiences broad-based growth, commodities tend to do well with commodity prices highly correlated with performance of emerging markets.

And due to the fact that many emerging markets tend to hold dollar-denominated debt, a weaker dollar makes those countries’ debt servicing costs more manageable offering a boost to growth. Add to this the fact that commodities are priced in dollars, so that when the dollar weakens, commodities become cheaper in other, non-dollar currencies, and so demand for commodities tends to rise.

As recovery continues throughout 2021, JP Morgan expects emerging market exports to rebound, commodity prices to leg higher, and the U.S. dollar to weaken modestly, and all of these favour growth in emerging markets.

Commodity bloc could do well

Emerging markets covers more than 20 countries from Latin America to Eastern Europe, to Asia according to JP Morgan, but these are split into two clear camps: the commodity bloc and the manufacturing bloc, both with very different characteristics and macro drivers.

While the manufacturing bloc, broadly consisting of Asia, Central and Eastern Europe, and Mexico, tends to move in tandem with developed markets’ economic cycles and with global equities, the commodity bloc, mainly South America, Africa, Russia and the Middle East, tends to offer more diversification and more exposure to strong cyclical growth. These latter emerging markets, says JP Morgan, could do well on the expectation of more U.S. fiscal stimulus, especially in infrastructure.

New economy markets like Korea and Taiwan are thriving

A new, third bloc is emerging, called the semiconductor bloc, notably Korea and Taiwan. Semiconductors are the backbone of digital evolution and are in everything from your smartphone to electric vehicles. These two economies once moved in tandem with global trade, but as semiconductors have developed into the world’s most significant products, their markets have been more driven by the semiconductor demand cycle.

According to JP Morgan, the COVID-19 crisis has accelerated our move to a digital economy, and believe this megatrend is here to stay.