How to Stay Relevant in Changing Times 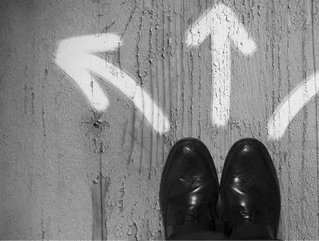 Recent years have seen scores of iconic businesses and brands fall by the wayside. The demise of Kodak, Borders and HMV Music leaves us with little doubt – shift is happening and no organization or brand is immune to extinction.

Charles Darwin once observed, “It is not the strongest that survive, nor the most intelligent. Rather’, he said, ‘it is those who are most responsive to change.”

While it may be valuable to learn from the mistakes of organizations and brands that have fallen from greatness in spectacular fashion, there is also much to be gained by studying those who emerge from change and upheaval stronger than ever.

Consider brands and businesses such as Lego, Volvo and IBM – what do these enduring companies’ do that their endangered counterparts had have failed to do?

I would suggest that in order to win the battle to stay relevant over time, organizations and leaders must consistently be willing to >>>

1. Re-Calibrate: While an appetite for change is critical to staying ahead of the curve, it is first important to discern which fundamentals in an organization should never change. Just as it is necessary to determine which walls are load-bearing when renovating a house, leaders must identify the non-negotiable values, principles and purpose that must never change. Tamper with these ‘load bearing’ fundamentals and everything may come crashing down.

Before embarking on any change agenda, it is vital to first re-calibrate an organization with its core DNA and allow this to be a guidepost for strategy and a touchstone for decision-making.

2. Re-Fresh: Any gardener knows that regular pruning is necessary to maintain the health and vitality of a garden. In the same way, organizations require regular pruning of initiatives, traditions and even people who are inhibiting future growth. While pruning can be painful and even disruptive in the short term, it is nonetheless critically important.

Consider how Sony CEO Kazuo Hirai has embarked on a series of necessary pruning initiatives in recent months. In the face of $6.4 billion loss for 2012 and a dramatic downgrade of Sony’s credit rating, Hirai recognized that he would need to act quickly to turn around his ailing tech-giant’s fortunes.

3. Re-Frame: We were all raised to believe the lie that great minds think alike. Nothing could be further from the truth! The greatest and most creative minds have always thought very differently from their peers and the prevailing wisdom of their era. Being able to view the world from a different frame of reference is in fact the key to innovation and invention.

Leaders must pay particularly close attention to the views and perspectives of those who have fresh eyes in an organization – often owing to their lack of experience. Such fresh eyes have no trouble thinking outside the box and seeing creative alternatives to the status quo because they have no idea what the ‘box’ even looks like yet.

4. Re-Engineer: Keeping pace with change will require leaders and organizations to continually re-engineer their internal systems and processes. Too often, being ‘in a groove’ can easily turn into a rut and simply repeating the habits that have worked in the past can set you on a collision course with inefficiency and irrelevance.

5. Re-Position: As times and needs evolve, so must the positioning of businesses and brands. This could mean developing new products and services, tapping into new markets, or completely overhauling a brand’s messaging.

Consider how an enduring brand like Lego has done this successfully over their 80-year history. Far from the days of simply manufacturing plastic blocks, Lego have been quick to embrace new technologies and approaches that have resulted in the brand remaining powerfully relevant. To their credit, this process of re-invention has never come at the cost of their core DNA. Lego are still a company committed to inspiring imagination and play but they have brilliantly re-invented the way they do this.

Setting a brand or organization up for enduring relevance involves a principle that every experienced surfer understands well. In order to catch the perfect wave, a good surfer knows the importance of keeping their eyes firmly on the horizon. While a wave is still forming a long way off in the distance, surfers know that this is the time to move – to paddle out and get in position. Move too late or not at all and you’ll simply get washed up as the wave crashes over you.

In much the same way, winning the battle for relevance is about anticipating, preparing for and embracing change - no matter how uncomfortable or confronting it may be.