How does BAE Systems plan to bolster Victoria’s defence industry? 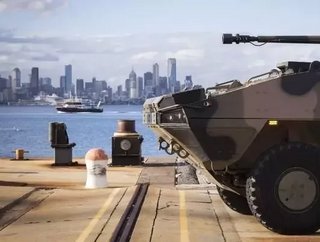 The defence hub at Fishermans Bend, Melbourne, will be the biggest of its type in the nation and is BAE Australia plans to manufacture the Australian Army’s Armed Combat Reconnaissance vehicles.

The company says that up to 1,000 engineers and highly skilled technicians will design, develop, deliver and maintain new defence platforms and systems for the Australian Defence Force.

Further, more than 200 people will be employed during the build phase of the LAND 400 program, an advanced manufacturing centre that will include a simulation and training and a test facility. Once in service, the centre will be used to upgrade and maintain the vehicles over their 30-plus year service life.

The defence hub will also serve as a centralised point of collaboration with the Commonwealth for Land programs and possible future export customers. BAE adds that the hub will include a globally competitive aerospace business that develops leading edge autonomous systems, electronic warfare, hypersonics and weapons technology, including the nation’s most successful defence export, Nulka. This is a decoy that lures enemy missiles away from ships, and has provided Australia with more than $1bn in exports during production.

From land to sea

More than 200 engineers and specialist employees will be based at the new site supporting Royal Australian naval ships across Australia. This centre of excellence for Maritime engineering capability will support Australia’s national shipbuilding strategy, including the design, build and sustainment of Australia’s Future Frigates.

“I am delighted that we can be part of Victoria’s ambition to develop a defence industry that is globally focused, supporting the transition to a stronger and more diversified economy that will benefit all Australians.”