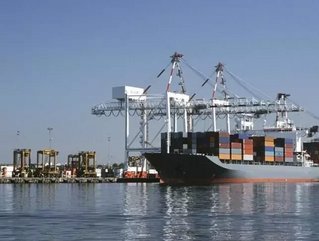 Australia’s April trade data has shown a 20 percent reduction in the deficit — thanks in no small part to the value of exports rising one percent, while the value of imports fell by the same value.

The Australian Bureau of Statistics released figures that record the deficit at $1.6 billion, exceeding market forecasts and marking a significant reduction from the $2 billion deficit last month.

Export performance was aided by the historically unstable non-monetary gold figure, which rose $141 million, or eight percent, in the month of April.

Rural goods also enjoyed a boost, with shipments up five percent, supported by a nine percent increase in the value of cereal exports.

However, analysis of non-rural goods showed that metals (with the exception of non-monetary gold), ores, minerals, coal and other mineral fuels all fell in April, though manufactures and machinery rose.

Experts believe that, despite the narrowing trade deficit, Australia’s high first quarter GDP will not be replicated in the second part of the year.