Top 6 Chinese philanthropists to mark Year of the Tiger 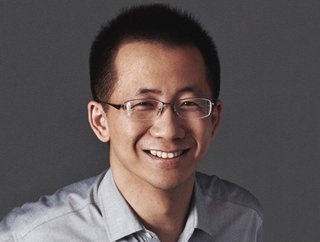 As celebrations for Chinese New Year begin, we acknowledge characteristics of the Tiger as generous leaders by paying tribute to 6 Chinese philanthropists

If you were born in the year of the Tiger, not only are you considered a natural leader, according to the Chinese Zodiac, but a generous one at that.

And so, as 2 billion Chinese people worldwide kick-off celebrations on February 1 2022 to welcome in the Year of the Tiger (and specifically the Year of the Water Tiger), we select the top Chinese philanthropists – leaders from the industries of tech, real estate and medical supplies – as listed by the Hurun China Philanthropy List 2021.

The third richest man in China with a net worth of US$46.8bn according to Forbes, Colin Huang has also proved to be the biggest philanthropist in the country, donating US$1.85bn in 2020. Founder of the world’s largest agritech platform Pinduoduo (PDD), Huang is known to donate hundreds of millions through his Starry Night Foundation. Last March, he further donated US$100m to Zhejiang University to support biomedical science, food and agriculture research.

With a master’s degree in computer science, the 41-year-old serial entrepreneur cut his tech teeth at Microsoft, and then Google, as a software engineer before founding three tech startups including two ecommerce sites and a gaming studio. In 2015, he then launched PDD, which offers group buying deals between farmers and buyers.

As founder, CEO and chairman, Huang grew PDD into the world’s largest agritech platform, taking it public with a US$41.6bn IPO three years later. He stepped down as CEO in 2020 and then as chairman in 2021. Huang said he wanted to make way for a ‘new generation of leaders’ and to pursue research in the food and life sciences, disciplines where breakthroughs could drive the future to the PDD platform. 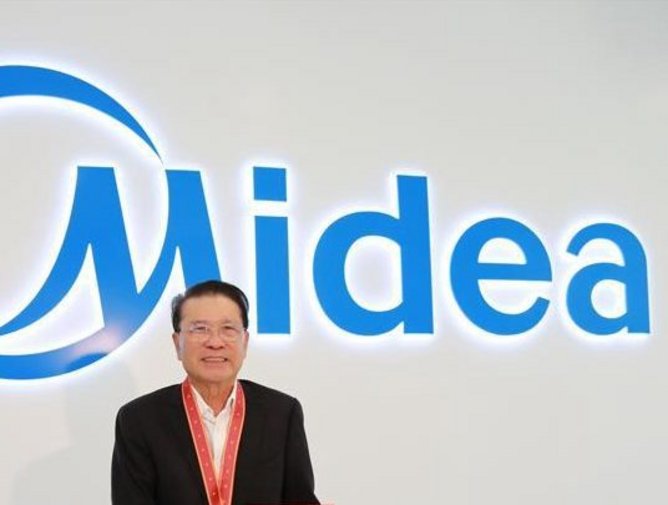 Ranked number seven on Forbes’ China Rich List 2021, with a net worth of US$32.9bn, self-made billionaire businessman He Xiangjian is the second most generous Chinese business person – donating nearly a billion in 2020/2021. Founder of Midea Group, the 79-year-old donates both money and shares to the HE Foundation where he serves as honorary chairman in order to facilitate the development of charities in diverse fields – such as poverty alleviation, education, medical care, innovation and cultural heritage.

Xiangjian made his fortune founding and running one of the world’s largest appliance makers, Midea. Starting out in 1968 with a small production workshop in the town of Beijiao in the Guangdong Province, Xiangjian has built Midea into a global powerhouse whose shares now trade on the Shenzhen Stock Exchange and which boasts more than 200 subsidiaries – including Germany-based robotics firm Kuka. Xiangjian stepped down from his post in 2012. He is married with three children, and his son He Jianfeng is a director of Midea Group.

With a net worth of US$22.4bn, according to Forbes, Yang Huiyan owns 57% of China’s leading real estate developer Country Garden – a stake largely transferred to her by her father Yeung Kwok Keung in 2007. A prolific philanthropist and renowned for her continuous contributions to worthwhile causes, Yang (40) was China’s third most generous provider of charitable cash donations (US$357m) in 2020/2021.

Over more than two decades, Yang's family have donated approximately US$1.3bn for poverty alleviation, vocational education, teaching and scientific research – helping to lift more than 490,000 underprivileged people out of poverty. In 2021, she was awarded the title of National Advanced Individual in Poverty Alleviation for her outstanding contribution to poverty reduction, having previously secured the China Poverty Eradication Award for Innovation in 2015. She chairs Bright Scholar Education Holdings, a Chinese education company that went public on the NYSE in 2007.

Country Garden has become the country’s leading real estate developer, achieving US$67.08bn in revenue in 2020. It debuted on the Fortune Global 500 in 2017 and became the list’s fastest-rising company in 2019 and highest-ranked real estate firm in 2020.

Co-founder and non-executive director of medical equipment manufacturer Mindray Medical International, Xu Hang has a net worth of US$169.9bn, according to Forbes – making him the 23rd richest person in China. The 55-year-old billionaire shelled out US$160m in 2020, and has continued to give back throughout the pandemic. As a company that manufactures medical devices, including ventilators, Xu has donated more than US$4.71 million’s worth of medical devices in Hubei Province, one of the hardest-hit regions in China.

With a bachelor’s degree in computer science and technology and a master’s in biomedical engineering, Xu co-founded Shenzhen-based Mindray in 1991 with the mission of making healthcare more accessible for all. Along with his co-founders, Xu has built the company to become one of China’s largest medical device manufacturers, exporting to more than 190 countries and with 10,000 employees in 30 countries.

Li entered the education business in 1992 and co-founded Offcn in 2019. Serving knowledge-based employment groups such as college students, university graduates and professionals, the edtech provides online and offline training for applicants of civil service exams and professional skills training in IT, finance and the medical fields. Headquartered in Beijing, the Shenzhen-listed company now operates study centres and schools in more than 300 Chinese cities. It merged into China-listed Yaxia Automobile in 2019.

Zhang Yiming is founder of Bytedance, one of the world’s largest tech companies and owner of TikTok. He is also one of the wealthiest people in China with a net worth of US$9.4bn, according to Forbes. The 38-year-old billionaire, who founded ByteDance in 2012 but stepped down last year as CEO, is a prolific philanthropist with a passion for education and healthcare.

In 2020, he made his first significant, publicly announced philanthropic gift – pledging US$10m to the Covid-19 Therapeutics Accelerator, launched by the Bill & Melinda Gates Foundation to coordinate research and development efforts and remove barriers to drug development. And then in 2021, he gave US$77m of his own money to set up an education fund in his hometown of Longyan in China’s Fuujian province. The Fangmei Educational Development Fund is named after his grandmothers.

A microelectronics and software engineering graduate, Yiming began his career working at travel website Kuxun – later acquired by Tripadvisor – followed by a stint as a software engineer at Microsoft. He then founded several startups before launching Chinese news and information content platform Toutiao in 2012 and establishing ByteDance a few months later. In 2016, the Chinese app developer created the app Douyin which was then renamed for International audiences (TIkTok). Yiming has grown Bytedance into one of the world’s most valuable privately-held companies (US$425bn) and TikTok into the world’s fastest-growing brand – as recently recognised in the Brand Finance Global 500 2022.