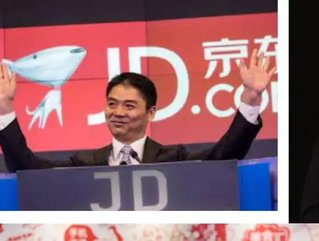 With the founders of Bytedance, JD.com, PDD and Kuaishou stepping down from executive roles, we highlight China’s top tech leadership reshuffles in 2021

Activity in the executive ranks of some of China's biggest tech companies has been frenetic of late, with an increasing number of technology company founders relinquishing their leadership roles.

In June 2021, founder of TikTok owner Bytedance, Zhang Yiming, announced he was stepping down as chairman in order to take a less prominent role, having already previously stepped down as CEO. This was followed in September by the bowing-out of billionaire company founder Richard Liu from his role as CEO of ecommerce giant JD.com.

The latest step-down, in October 2021, comes courtesy of TikTok rival, video-sharing app Kuaishou, with founder Su Hua swapping his CEO position for a more behind-the-scenes role as chairman of the board.

These tech company leadership retreats follow that of Alibaba’s co-founder Jack Ma, who formally stepped down as chairman in 2019, handing over the company reins to Daniel Zhang and subsequently fading out of sight.

Among the reasons given for the leadership step-downs include a wish to explore new initiatives and/or focus on long-term strategy, according to official company press releases. Industry and media, however, are reporting that China’s big crackdown on business is to blame.

Beginning late 2020, the government has established a five-year plan to strengthen rules that would clamp down on monopolistic behaviour and regular technological innovation, unveiling a wave of new industry regulations and penalties, many of which are targeting the internet sector.

For executives, this means spending an increasing amount of time liaising with government officials to ensure their company remains in the clear when it comes to shifting regulations. And some tech entrepreneurs may not want to do that. The step-down In March 2021, Colin Huang, founder of the world's largest agritech platform Pinduoduo (PDD), resigned as chairman after six years in the role. This followed Huang having previously relinquished his CEO role, in 2020, to Chen Lei, who is also now chairman. This means Huang has no executive responsibilities at the firm. In a statement, PDD said that Huang has stepped down as chairman to make way for a “new generation of leaders” and to pursue research in the food and life sciences, disciplines where breakthroughs could drive the future to the PDD platform.

Who is Colin Huang? The third richest man in China with a net worth of US$46.8bn according to Forbes, Huang, 41, is a serial entrepreneur having founded three tech startups including two ecommerce sites and a gaming studio before launching PDD in 2015. Huang, who has a master’s degree in computer science, cut his tech teeth at Microsoft, and then at Google, as a software engineer. In 2015, Huang established PDD, an ecommerce platform that offers group buying deals between farmers and buyers, and which went public with a US$41.6bn IPO three years later. The step-down In a similar two-step leadership withdrawal to Huang at PDD, founder of Bytedance, Zhang Yiming, stepped down as chairman of the company in June 2021, stating he was taking a less prominent role, but would be staying on to help formulate the company’s longer-term strategy. This followed a previous step-down two months prior in which the 38-year-old billionaire bowed-out of his CEO role, citing lack of social and management skills. Co-founder and HR exec Liang Rubo took the CEO reins.

Who is Zhang Yiming? Considered one of the wealthiest people in China, with a net worth of US$59.4bn according to Forbes, Yiming founded TikTok’s parent company, Bytedance, in 2012, growing it into the world’s most valuable privately held company (US$44.5bn). As well as TikTok, launched in 2017, the company owns several social networking apps operating within China including FlipChat and Duoshan. The 38-year-old software engineer first worked at digital travel booking startup, Kuxun, before moving to Microsoft and then launching Bytedance.

The step-down In September 2021, founder of Chinese ecommerce giant JD.com, Richard Liu, announced he was stepping down as CEO to focus on long-term strategies and rural development. Liu, 48, who has run the company since its inception in 2004, handed over the company reins to Lei Xu, who has served as CEO of JD Retail since 2009. Liu said in a press release that he would be turning his focus to “contributing to the revitalisation of rural areas” and would spend more time mentoring younger management.

Who is Richard Liu? One of China’s ecommerce heavyweights, with a net worth of US$25bn according to Forbes, Liu founded JD.com (Jingdong Mall) in 2004. JD.com is now one of the biggest B2C online retailers in China and a member of the Fortune Global 500. A self-taught computer programmer, Liu began his entrepreneurial journey in Beijing in 1998 launching a chain of retail stores selling magneto-optical products like CD ROMs before setting his sights on an online business and launching JD.com.

The step-down Co-founder of TikTok rival Kuaishou, Su Hua, stepped down as CEO of the Beijing-based company at the end of October 2021. Hua has served as CEO of the Chinese short video-sharing app since co-founding it in 2012. Hua, 39, has decided to dedicate more time to the Tencent-backed company’s long-term strategy and to exploring new initiatives. In a statement, Hua said he would continue as chairman of the board, and as executive director and a member of the remuneration committee. Co-founder Cheng Yixiao has stepped in as CEO.

Who is Su Hua? Chinese tech entrepreneur Su Hua reached billionaire status (net worth of US$19.2bn, according to Forbes) with the co-founding of Kuaishou Technology in 2012. The Beijing-based company, which attempted to buy TikTok in 2017, but was beaten to it by Bytedance, delivers an array of video-sharing and live-steam platforms, including Kuaishou (known as Kwai overseas). Kuaishou went public in Hong Kong in February 2021, marking the world’s biggest IPO since 2019. Having studied software to doctorate level at Asia’s most prestigious programming institution, Beijing’s Tsinghua University, Hua worked as a software engineer at Google and a programmer at Baidu. A serial entrepreneur, Hua started a number of businesses before developing a search function technology that was acquired by Alibaba. Upon meeting Cheng Yixiao, creator of a GIF-making app, in 2012, the pair founded  Kuaishou Technology.