What the PSN Attack On Sony Taught Us About Customer Service 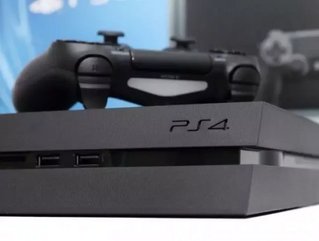 Customer service is not the easiest field to work in—most customer service reps will actually tell you that’s an understatement. Sometimes the customer is understanding, and is able to civilly ask their question so that representatives can equally as civil answer it. Unfortunately, it’s not uncommon for the customer to turn Hulk-ish when he or she doesn’t get the answer they were looking for; many times, the customer calls in, already too angry to listen to whatever directions the representative can give.

Take, for example, the ill-timed Playstation Network attack on Christmas Day. Sony employees—already giving up their holiday to help anyone who might need help with the setup of Christmas gifts—responded to confused customers who couldn’t get their PlayStation consoles online, couldn’t download patches and couldn’t get software updates. At first, customers thought they had done something incorrect. It was soon discovered that wasn’t the case.

What followed was days of abuse from young and old users alike, anxious to try out their new systems or games for the first time. A customer service representative from the company talked to Kotaku, sharing some of his experience over those rough few days.

“One of my colleagues, she had a guy that was just yelling and wouldn’t give her a chance to respond,” the man, who is referred to as ‘Dan’ said. “Every time she tried saying the terms of service, he was saying she can take the TOS and, you know, sit on it pretty much. And she broke down. I watched one of my friends hang up the phone and just start crying.”

There was also a customer who threatened to use his media contacts against them. “I had a guy who was like, ‘I have connections to The Sun,’” Dan said. “I was like, ‘And?’”

There was the one who said he would find out where they were and track them down. “My response was, ‘OK, great, then I’d be able to show you in person where the terms of service says that we can do this.’”

One person even threatened to kill himself if Sony didn’t fix PSN, Dan says. “We had to escalate that to the [Sony Computer Entertainment] department. I don’t know what they did with it. We do take things like that seriously.”

One: customer service can really suck. People can be angry, ungrateful, frustrated and even threatening. The problem with this is that beyond the script and notes customer service representatives have, there’s not a lot they can do but offer an apology and let customers know the issue is being explored.

“We don’t get memos or anything from system engineers,” Dan said. “Our team leaders who are in touch with the [Sony Network Entertainment] and the [Sony Computer Entertainment] people tell us, [the] agents. Like when PS3 resources came back up, my team leader stood up with a notepad that said ‘PS3 resources still back online, PS4 still being worked on.’ That was on the fly. I was in the middle of a call when I look over and see my team leader stand up and show me the notepad. All I could do was give him a thumbs up then turn back to the customer.”

We also have learned that companies can, in certain situations, not provide enough or adequate information to calm down angry customers. At Sony, the higher ups did not do much to keep customer service representatives in the loop. Although the focus is on fixing the issue during a crisis of this magnitude, keeping reps informed can help the company come out of the crisis with a positive rather than negative image.

‘Dan’s’ advice to all of us who call customer service?

“Just talk to us like we’re normal people,” Dan said. “We’re not there to ruin your day; we’re there to try and help you, and we will help you if we can.”

Some information sourced from Kotaku Australia.