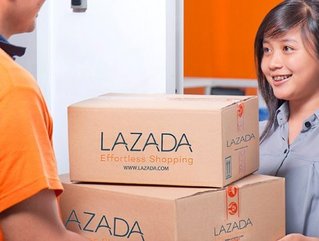 Ecommerce retailer Lazada Group is marking 10 years of pioneering the growth ecommerce in Southeast Asia by kicking off a year-long celebration with a series of activities, from a 10th birthday flash sale to an EPIC Livestream Party.

From a fledgling ecommerce platform, launched in 2012, when ecommerce in Southeast Asia was at the nascent stage, Lazarda Group – which is now majority owned by Alibaba – has grown to become one of Southeast Asia’s leading ecommerce platforms with a presence in six countries, including Indonesia, Malaysia, Singapore, the Philippines, Thailand and Vietnam – and with 150 million customers.

A hybrid of the retail and marketplace model, the platform allows customers to buy everything from groceries and electronics to homeware and fashion and includes LazMall, SEA’s biggest virtual mail, connecting shoppers to more than 18,000 leading international and local brands, and Lazada’s Marketplace, a full suite of services, from secure payment options to marketing analytics. It boasts the largest selection of brands and sellers across the region, and has fulfilment centres across 17 SEA cities.

Launched a decade ago, in 2012, when ecommerce in Southeast Asia was lagging the western world, Singapore-headquartered Lazada was founded by serial entrepreneur and former McKinsey leader Maximilian Bittner, with the backing of German incubator Rocket Internet. Bittner has since gone on to become chief executive of French unicorn Vestiaire Collective.

This caught Alibaba’s eye, and the Chinese ecommerce giant, keen to enter the Southeast Asian market, bought a 51% stake in Lazada from Rocket Internet. The follow year, Alibaba invested a further US$1bn bumping up its equity to 83%, and in 2018, a further injection of US$2bn saw Alibaba take more than 90% of Lazada.

And so began a rollercoaster of leadership reshuffles with Alibaba first appointing Lucy Yeng, then executive chairman of Ant Financial and an original Alibaba co-founder, as chief executive of Lazada, replacing original founder and CEO Bittner, though Bittner has continued to remain as a senior advisor to Alibaba Group.

Just nine months later, at the end of 2018, Peng stepped down, and was replaced with Pierre Poignant, a McKinsey veteran and long-time Lazada executive, who had been with the Lazada Group since 2012 working alongside Bittner as COO. And then, just 18 months after this, in the summer of 2020, it was announced that experienced business leader Chun Li would take the reins as Group chief executive, replacing Poignant, and also as CEO of Lazada Indonesia.

According to Peng, who remains chairwoman of Lazada Group, Chun Li – who was chief technology officer for Alibaba’s business unit previously – was brought in to help realise Lazada’s vision of unifying commerce with technology to advance Southeast Asia’s digital economy. His CTO leadership experience is necessary, it seems, to ensure the successful leveraging of Alibaba’s technological innovations across the Lazada platform.

Lazada has a dedicated team of AI experts who focus on improving the customer experience, with AI implemented through chatbots for sellers and customers resulting in more efficient operations and a higher resolution rate than the industry average. One of Lazada’s strengths is its big data technology, which gives information on what products are trending in certain areas at any given time, and automatically is shown to sellers in the area so they can adjust their strategy accordingly.

It is this sort of support for its merchants, many of which are SMEs, that has helped Lazada to not just grow, but grow sustainably and garner a reputation for helping to empower local businesses.

In each of its six SEA regions, Lazada is passionate about empowering local businesses and helping them to digitise. In Indonesia, for example, Lazada partners with the government on a mentoring program to help SMEs go digital, as well as hosting regular webinars with ministries and associations to empower local businesses.

They launched a New City strategy, an initiative to grow new buyers and incubate sellers, helping develop the ecommerce ecosystem outside of Greater Jakarta – a strategy that has led to Lazada’s seller base growing twice as fast in its targeted growth areas, compared with the overall seller base.

“We believe the network of ecommerce must work hand-in-hand to empower SMEs to survive and to grow,” adds Chun. It’s a purpose the Group has had from the start and one

“Spurring the growth of Southeast Asia has been at the heart of Lazada’s mission since our inception as a pioneer of eCommerce in this region,” Raymond Yang, Lazada Group’s COO said during the Group’s unveiling of its 10th anniversary celebrations.

“As we mark our 10th anniversary this year, we also celebrate the businesses and communities that make up our ecosystem, for it is their trust in us that has enabled Lazada to become integral to the everyday lives of Southeast Asian consumers as we are today. Looking forward, we also remain committed in our trajectory to chart sustainable growth across our ecosystem and deliver value to our consumers’ lives.”

Lazada – looking to the next 10 years

These aren’t the only strategies Alibaba has implemented as Lazada battles with regional competitors including Shopee, currently Southeast Asia’s ecommerce platform leader.

Like its Chinese sister app Taobao, also Alibaba-owned, Lazada has introduced entertainment features like live-streaming and games that try to lock users in, making it more than just a shopping app. And late last year, the Group brought in former Taobao and Tmall leader Jiang Fan to head up a newly formed international digital commerce unit to include Lazada and AliExpress, the company’s ecommerce site targeting parts of Europe and South America.

Whatever Lazada Group is doing seems to be working. The Group wrapped up 2021 with US$21bn in gross merchandise value, and 922,000 sellers, more than doubling the pool size from a year ago.

In terms of users, the platform grew 80% to hit 130 million annual active consumers in the 18 months ending September 2021, with its monthly active users as of September 2021 totalling 159 million – making the platform on track for its vision of serving 300 million customers by 2030.