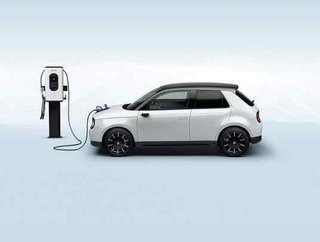 Japanese multinationals Honda and Sony partner to build and sell electric vehicles, with 2025 delivery date, in a move that could shake up the industry

Sony and Honda have announced they are joining forces on an electric car brand, as the electrification of carmaking accelerates.

The Japanese multinationals have said they will establish a 'New Company' in 2022 and expect the first range of electric vehicles to go on sale by 2025.

The joint venture will “engage in the joint development and sales of high value-added battery electric vehicles and commercialise them in conjunction with providing mobility services”, a joint statement read.

This news arrives as an increasing number of tech companies announce plans to diversify and enter the fast-growing and potentially lucrative EV market.

Worldwide EVs are expected to expand at a rate of 34.4% in 2022, compared to 2021, with electric vehicles expected to make up almost 40% of all vehicle sales by 2030, according to a report by Gartner.

Governments globally are pushing for sustainable modes of transport, with a coalition of governments, automakers and other groups signing an agreement recently at COP26 to move towards 100% zero-emission sales of new cars and vans by 2040 globally. Meanwhile, China, the world’s largest market for EV sales, has set its own target for EVs to account for 40% of all passenger vehicles by 2030.

In response, carmakers like Ford, General Motors, Nissan and Volkswagen have pledged billions to develop technologies. Audi has announced that its new fleet of cars from 2026 will be electric; Ford has said 40% of its vehicles will be electrified by 2030; and GM is aiming to produce only EVs by 2035, with 30 new plug-in models arriving by 2025

Tech firms too are getting in on the action, with everyone from electronics companies to smartphone makers keen to cash in on future electric dreams.

Smartphone makers like Apple, Huawei and Xiaomi have all announced plans to develop electric vehicles. iPhone maker Apple has been working on plans to enter the electric car market since 2014 (Project Titan) and recently announced the launch of a self-driving EV in 2025. Chinese telecom equipment manufacturer Huawei is working with automakers on car technology and announced last year the delivery of its first EV, the Aito M5, in 2022. The car will use Huawei’s HarmonyOS operating system and will run on both electricity and fuel. And Chinese smartphone maker Xiaomi last year announced its entry to the EV market, setting up Xiaomi EV, hiring 300 employees and pledging an investment of US$10bn over the next 10 years. Huawei will mass-produce its own electric vehicles by the first half of 2024.

In China, too, ride-hailing giant Didi has said it is launching an EV business unit, while indebted property group Evergrande moved into EVs in 2018, restructuring its health unit as a New Energy Vehicle wing in 2020, unveiling six EV models and pledging to become the world’s largest EV producer within five years. Rejecting collaboration with manufacturers, Evergrande, like Xiaomi, plans to go it alone, with plans to build its own factories.

Sony and Honda could be a formidable force in EVs

Like these technology firms, Sony – which is one of the leading manufacturers of electronics products globally – is looking to electric cars for its next big hit and had previously announced plans for its own Sony Mobility, Inc. EV division and unveiled its Sony Vision-S 02 SUV at CES in Las Vegas at the beginning of the year.

But like Huawei, Sony has decided not to go it alone, preferring instead to partner with a car manufacturer. And who better than Honda, also a Japanese multinational, but one with car manufacturing capabilities and electric dreams of its own – Honda previously committed to full electrification of its lineup by 2040 and has already launched its own electric car. Honda’s electric plans do lag behind its carmaking rivals.

Such an alliance – between Honda and Sony – fuses the strengths of each company and offers great potential for the future of mobility. “Although Sony and Honda are companies that share many historical and cultural similarities, our areas of technological expertise are very different”, Honda’s CEO Toshihiro Mibe said in a statement.

As a tech and carmaking combo, Sony and Honda could become a formidable force challenging the likes of traditional carmakers like Ford and Volkswagen and giving non-traditional carmakers in the US, like Tesla and Rivian, and in China, like EV unicorns Nio, Xpeng and Li Auto, a run for their money.

The ‘New Company’ would plan, design, develop and sell electric vehicles, but will not own or manage manufacturing facilities. Honda would be responsible for manufacturing the EV model at its plan, while Sony the software technologies.

“The New Company will aim to stand at the forefront of innovation, evolution, and expansion of mobility around the world, by taking a broad and ambitious approach to creating value that exceeds the expectations and imagination of customers,” said Mibe. “We will do so by leveraging Honda’s cutting-edge technology and know-how in relation to the environment and safety, while aligning the technological assets of both companies.

“Honda’s mobility development capabilities, vehicle body manufacturing technology and after-sales service management experience cultivated over many years, with Sony’s expertise in the developing and application of imaging, sensing, telecommunication, network, and entertainment technologies” will combine to provide customers with a superior product.