Growing pressure for a transition to greener technologies 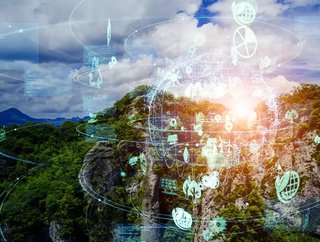 Singapore has set its sights on reaching its net-zero ambitions, with a focus on greening its tech sector, after the launch of the Singapore Green Plan 2030.

The plan charts ambitious and concrete targets over the next 10 years, strengthening Singapore’s commitments under the UN’s 2030 Sustainable Development Agenda and Paris Agreement.

Showing their commitment to the plans, the government has implemented a moratorium on the building of new data centres, due to the amount of electricity and water they consume, as they seek out more sustainable options.

This move has emphasised the urgency for the region’s Information and Communications Technology (ICT) sector to seek sustainable alternatives, to ensure continued economic growth in an increasingly environmentally-conscious Asia.

The recent growth of ICT companies is unprecedented, with Asia accounting for 52% of global growth in the revenue of technology companies over the last decade. Furthermore, the region is predicted to be the fastest-growing location for data centres over the next five years.

Globally, the ICT sector continues to play a role in accelerating the transition to clean energy. RE100, a leading global initiative that brings together hundreds of large businesses committed to adopting 100% renewable electricity, counts ICT companies for almost a fifth of its current membership. Collectively, they have purchased just under a quarter of total renewable energy available, with demand only set to grow further.

As the ICT sector’s operational footprint increases in APAC, so will its energy requirements and corresponding carbon footprint. ICT leaders need to develop a flexible strategy and tap into innovative solutions.

Suncable is planning to establish the world’s first intercontinental power grid between Singapore and Australia. This project aims to harness and store solar power generated in Australia and transmit this energy via a high-voltage direct current transmissions system to Singapore. The arrangement would address the land scarcity issues in Singapore, while supplying up to 20% of the country’s total electricity needs.

Amazon, who is the largest-ever corporate purchaser of renewable energy, recently announced its first renewable energy project in Singapore. The project is Amazon’s fifth in the Asia Pacific region, as part of its commitment to invest in global solar and wind projects globally.

In this project, Amazon will be working with solar energy provider Sunseap Grou in a long-term agreement to export 62 megawatts (MW) of clean energy to the Singapore electricity grids. It is expected to generate some 80,000-megawatt-hours (MWh) of clean energy annually, which is equivalent to powering more than 10,000 homes in Singapore.

When completed in 2022, the solar project which is made up of a series of solar panels mounted on a ground system, will be among the largest aggregated movable solar systems, designed and installed in Singapore. The project supports Singapore’s bold vision outlined in the Singapore Green Plan 2030, a ten-year plan with a nationwide sustainable development agenda.

Adoption of renewable energy in APAC has been slow, but the market is now changing rapidly and a growing number of companies in the region are making a difference. Taiwan Semiconductor Manufacturing Company (TMSC), a key supplier of chipsets for Apple, signed PPAs for 1,200MW of clean energy, making it the leader in corporate PPAs in Taiwan. Tencent had also recently become the first large Chinese technology company to announce its intention to achieve net-zero emissions by 2060, with renewable procurement as a main decarbonisation lever.

With increased demand fuelled by the technology sector, growing pressure to decarbonise the region, and an influx of new commercial and technological innovations, Singapore, alongside APAC, can achieve its net-zero ambitions, if it taps on the tremendous growth in renewable energy opportunities in the coming decade