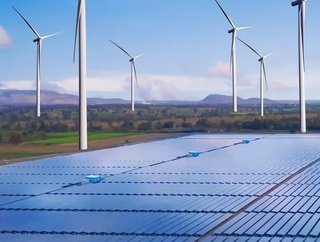 Mining titan Rio Tinto is aiming to triple north Queensland’s local solar generation with its brand new solar plant, set to begin construction later this year. The company has contracted energy supplier EDL to develop and maintain its 4MW solar facility and 4MW battery storage at its Weipa bauxite site, targeting project completion by no later than the end of 2022.

This isn’t the first solar endeavour for Rio Tinto. The miner already boasts a 1.6MW solar farm, managed by pre-existing partner EDL. But it’s keen to expand its renewable energy projects in an attempt to reduce its carbon footprint and make its mining operations more sustainable.

Australian mining sustainability gets a kick out of a solar farm

“The new solar farm and battery storage at Weipa will help us lower our carbon footprint and diesel use in a reliable way,” says Michelle Elvy, Rio Tinto aluminium Pacific bauxite operations General Manager. “The original Weipa solar farm was the largest solar facility at an off-grid Australian mine site at the time it was built, ad it played an important role in showing the viability of renewable energy systems in remote locations.

“The new solar farm and battery storage system is part of Rio Tinto’s group-wide commitment to reduce emissions across our operations. There is clearly more work to be done, but projects like this are an important part of meeting our climate targets.”

Of course, Rio Tinto is eager to distribute its sustainability to the surrounding areas, giving back to its project’s communities. The company announced a portion of its solar power will be distributed to the local towns. In context, Rio Tinto’s renewable gesture will be the equivalent of taking 3,750 cars off of the road, decreasing diesel consumption by approximately seven million litres annually, and CO2 emissions by 20,000 tonnes every year.

Rio Tinto’s mining operations to be powered by solar electricity

This sustainability move comes at a valuable time for not only Australia’s mining industry but for Australia as a whole. The country’s companies and governments have been reportedly lacklustre in their efforts to combat carbon emissions, but Rio Tinto seems to have its head screwed on, tackling its carbon footprint and ensuring the positive repercussions of the solar generation are felt outside of the mine sites and in the surrounding towns and villages.