Corporate climate change commitments are failing – but why? 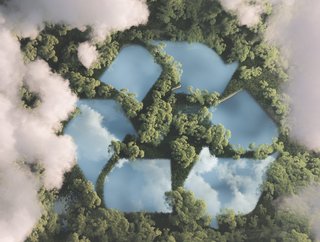 Not enough ambition, too much carbon offsetting, little regulation and lack of metrics means corporate climate change commitments are failing

More than 700 of the largest 2,000 publicly traded companies have made net zero commitments, with 59 of the FTSE 100 committing to net zero emissions by 2050; and two-thirds of the S&P 500 have set emission reduction targets of some kind.

So far, so sustainable.

But many of these corporations aren’t living up to their climate pledges with corporate plans to slash greenhouse gas emissions falling short of what is needed to combat climate change.

According to a recent report from non-profit disclosure platform CDP and Oliver Wyman, based on current emissions reduction targets set by companies, no G7 country has a corporate sector likely to decarbonise fast enough to meet the 1.5C goal.

Emissions must fall by about half by 2030 to meet the internationally agreed Paris Agreement target of 1.5C. But damning reports from three of the key UN agencies in recent weeks reveal this is now impossible.

The UN Climate Agency says that current pledges for action by 2030, even if delivered in full, would mean a rise in global heating of about 2.5C, a level that would lead to a catastrophic climate breakdown.

So, why are so many organisations failing to live up to the promises they have made?

No clear plans on achieving goals

A Net Zero Tracker report recently found “major credibility gaps” among the world’s largest companies. Of the more than 702 companies with a net-zero target, two-thirds haven’t yet made it clear how they plan to achieve that goal.

Many companies with net-zero targets have set no interim emissions goals for before 2050, which the report found was “unacceptably low”.

According to report co-author John Lang of the ECIU, companies are confused about what’s needed from them. “They don’t know what information has to be disclosed.”

This is backed up by a Columbia University report that found while 94% of the companies analysed have set long-term targets extending over the next few decades, just 43% have set short-term targets, which are vital to prompt immediate action necessary to reach the ambitious long-term targets.

A recent study conducted by L.E.K. Consulting revealed that while companies are serious about sustainability and are backing up their commitment with investment, many are struggling to deliver on their pledges – with corporate confusion taking centre stage.

More than half (51%) of leaders reported willingness to trade off short-term financial performance to achieve long-term sustainability goals, but 58% said their organisations were unable to agree on what the trade-offs should be.

The report found that the more that leaders try to operationalise sustainability, the more they find their companies are ill equipped – out of alignment with external stakeholders and within the leadership team and lacking the essential skills and metrics.

Only a quarter say they have any enterprise-wide ESG KPIs in place, and fewer still (just 3%) have a full set in place. And without such metrics, companies are struggling to align executive remuneration with ESG targets.

However, the most recent report, released at COP27 in Egypt this week, suggests that corporate ‘greenwashing’ – fast claims of progress in the fight against climate change –.is why the private sector is failing to address climate change.

Published by a UN expert panel comprising 17 business and government leaders, the report found that “too many of these net zero pledges are little more than empty slogans and hype”.

“We must have zero tolerance for net-zero greenwashing,” said UN Secretary-General Antonio Guterres at COP27 this week, adding that commitments to net zero are worth zero without the plans, policies, and actions to back it up.

The report questions the credibility of many claims made by companies – stating that a company cannot claim to be net zero if it continues to build or invest in new fossil fuel infrastructure or deforestation.

The report also points to the use of carbon offsetting (buying credits for emissions reduced elsewhere) as a net zero strategy that is simply not viable. Yet nearly 40% of Forbes 2000 companies with a net-zero target are planning to use offsets, despite concerns about the lack of regulation.

To have real impact, it recommends instead that companies, financial institutions, cities and regions focus on outright emissions and not carbon intensity (the measure of how much carbon is emitted per unit of output).

The report offers a comprehensive and prescriptive guide to businesses and the lower levels of governments on how to ensure “credible, accountable net-zero pledges”.