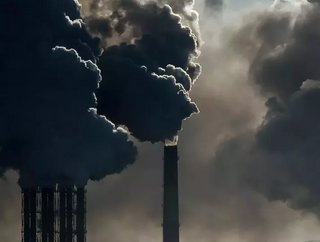 The power plant operator, CLP works on decommissioning its coal-powered energy to make the switch renewable energy sources in the APAC region

China’s efforts to reduce fossil fuel consumption and increase renewable energy adoption are critical to the overall global impact on the environment. The country has a significant amount of change to consider, and for CLP Holdings, coal-fired power generation accounts for almost 50% of its Asian portfolio—recorded on the 30th of June.

In the place of coal, CLP is likely to switch to a mix of solar, wind, natural gas, nuclear and hydrogen power, targetting markets in Australia, India, Taiwan, Hong Kong and mainland China. The announcement by CLP follows a public address from the Chinese President Xi Jinping who pledged to address the country’s emissions and close halt the construction of new coal-fired plants overseas.

CLP’s Chief Executive Officer, Richard Lancaster says that a number of its plants are ‘reaching the end of natural life in the next few years’. He also says, ‘we are already working to see how we can bring the timing forward as much as we can’.

The company has already begun to reduce its carbon footprint. In March this year, the company came to an agreement with the state of Victoria to accelerate the decommissioning of its Yallourn Power Station in Australia, bringing the final date to mid-2028. The conclusion of this large-scale operation is expected to reduce CLP’s Australian carbon emissions by 60%.

With more options for renewable energy implementation, the organisation will focus on its sustainable developments, which will result in the largest battery station in the world, with a capacity of 350 megawatts, at the Yallourn plant. As for CLP’s other plants—the Mount Piper plant in Australia and Fangchenggang in China—the deadline for decommissioning still remains at 2040, as these prove to be more difficult to move forward.

For more energy insights, check out the latest issue of Energy Magazine.