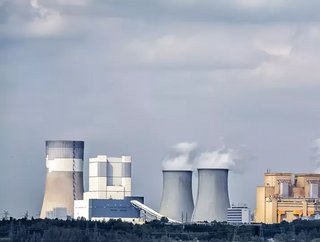 As demand for coal supposedly rises, Australia is keen to continue mining the fossil fuel, ignoring warnings over the negative impact on climate change

It’s no surprise that one of the biggest contributors to Australia’s economy - coal - isn’t being let go of without a fight. In 2020, the export value of the fossil fuel from Australia totalled AUS$54.6bn, so naturally, the country is less than keen to bid its coal mining operations farewell. However, Australian Prime Minister Scott Morrison assures the country will continue to pursue the mining and exports of coal despite the ongoing battle against climate change, roused more than a few opinions.

Australia has vowed to continue its coal operations in the face of the negative impacts the fuel contributes towards the impending environmental crisis. According to End Coal, the fossil fuel is responsible for around 46% of carbon emissions worldwide, accounting for roughly 70% of GHG emissions in the electricity sector. And with more and more companies aligning their business strategies to target net-zero emissions and ensuring compliance with the Paris Climate Agreement, it’s somewhat surprising that Australia remains stubborn in the face of so much potential backlash.

However, PM Morrison is adamant that Australia’s energy exports have a responsibility to power developing counties, and that sector innovation regarding technological advances will soon enable coal to be burned “in a much more climate-friendly way.”

“We will keep mining the resources that we’re able to sell on the world market,” Morrison stated in a news conference. “We obviously anticipate that, over time, world demand for these things may change.”

Australia’s decision to continue endorsing coal operations comes ahead of the COP26 Climate Conference in Glasgow later this year. The global negotiations will tackle issues relating to climate change, greenhouse gas emissions, and aligning worldwide efforts to slow the rate of global warming.

For a country that leads the world in terms of mining titans such as BHP and Rio Tinto, Australia is lagging behind in terms of making the appropriate environmental changes to keep pace with the rapidly-nearing climate crisis. Its capital city and one of the biggest fossil fuel exporters globally, Canberra, has yet to agree to target net-zero emissions, rousing concern over the future of Australia’s contribution to emissions.

"The reality is that global demand for Australian coal is increasing and forecast to continue rising into the next decade at least," Australian Resources Minister Keith Pitt stated, assuring those employed in the Australian coal industry that the government was committed to supporting the sector into the future.

Whether Australia will be convinced to ditch its fossil fuel projects, or if it will remain steadfast in its decision to continue its coal exports to developing countries, time will tell. But when it comes to climate change, there may not be much time left.