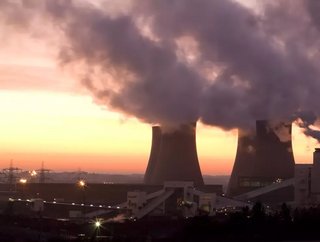 BlackRock Inc. joins Citi, HSBC, and Prudential in developing a proposal to speed up the closure of Asian coal plants in an effort to tackle climate change

BlackRock Inc. is the latest major financial company to join a growing group of institutions combining their efforts to accelerate the closure of Asian coal-fired plants. Citigroup Inc., HSBC Holdings Plc, and Prudential are some of the big-budget companies already rallying forces to tackle one of the main contributors to the climate crisis: coal.

Proposed plans supposedly suggest the creation of public-private partnerships to buy out the plants before dwindling production within a 15 year period, leading to site closure ahead of current schedules. In theory, the time period should allow for carbon emissions to be tackled quickly while also ensuring a window of opportunity for workers to secure new jobs and countries to shift to more renewable sources of energy.

Through the acquisition and subsequent running of the coal plants at a reduced capital compared to that currently available to commercial operators, the financial institutions would be able to generate similar returns over a shorter period of time, allowing for the early closure of the plants across Asia.

“The world cannot possibly hit the Paris climate targets unless we accelerate the retirement and replacement of existing coal-fired electricity,” says Donald Kanak, Chairman of Prudential’s insurance growth markets division. “This is especially in Asia, where existing coal fleets are big and young and will otherwise operate for decades.”

Coal’s effect on the climate

You might be sat there thinking, “Why doesn’t everyone just ditch coal?” and while that would go some way towards achieving reduced emissions and ensuring a slower rate of climate change, the reality is that it’s not that simple.

Coal remains a principal source of energy for a large proportion of countries within Asia. China and India alone account for nearly two-thirds of the global demand. Despite the acknowledgement worldwide that coal is fuelling the acceleration of the climate crisis, governments are continuing to develop new coal power stations and give the go-ahead for coal mining projects.

The reason is simple. Coal is cheap.

According to the International Energy Agency, the next few years could see coal consumption in key market areas increase, and coal-fired electricity generation has the potential to break records in 2022.

That being said, that doesn’t mean coal’s dominance is set to continue.

The UK has seen a steady decline in coal imports and production in the last decade as pressure is put on the country to reduce its emissions and improve its sustainability. As has the UK’s coal mining industry, which has seen a significant decrease in the demand for coal as energy is becoming steadily sourced through more renewable measures.

What could success mean for the future?

Vice-President for East Asia, South-east Asia and the Pacific for the Asian Development Bank Ahmed M. Saeed reports that the institutions are currently involved in ongoing discussions with governments in Vietnam, Indonesia, and the Philippines, with the hope that a potential pilot acquisition will be “big enough to matter” next year. Plans to kick-start fundraising for the project are also due to take place at the COP26 climate conference in November, although no financial target has yet been set.

In order for the plan to succeed, countries eliminating coal would have to avoid its replacement with equally damaging fossil fuel substitutes and instead target renewable sources of energy, which are becoming increasingly available worldwide, solar and wind power being an example.

Mr Kanak is adamant that the union of financial institutions offers the opportunity to “make big progress on climate goals in the next ten to fifteen years, not deferring the heavy lifting until the mid-century.”

Ultimately, the early closure of coal plants in Asia would mean good news for the climate. Alleviating pressure on the coal mining industry, reducing emissions globally, and encouraging global powerhouses such as China and India to source more sustainably.

Now a part of the movement, BlackRock has pledged its allegiance to the financial institutions that have set their sights on ensuring coal is cut short and other more environmentally-friendly resources are used going forwards.