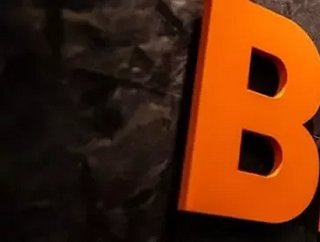 The Northern Goldfield’s Solar Project is set to reduce carbon emissions by 12% compared to the levels recorded at its operations in 2020 due to power currently being generated by outdated diesel and gas turbines, something which BHP and TransAlta are confident they can modernise and make more sustainable.

Last week, BHP signed a supply agreement with Tesla, which will see the mining giant provide the company with nickel produced at its Australian asset through low-carbon emission processes. BHP seems to be making a bid for a head start against its international competition in steering the race towards sustainable innovation and becoming the go-to low-carbon partner for those scouting out possible collaborations.

The 27.4 MW and 10.7 MW solar farms will produce sustainable low-carbon nickel to be used in the production of electric-vehicle batteries resulting in a predicted reduction of 540,000t of CO2 in the first decade of operations. In context, this would be the equivalent of approximately 23,000 combustion engine cars being removed from the roads every year.

It’s hoped that the project will contribute towards BHP’s medium-term target to decrease scope 1 and 2 2020 emissions from its assets in operation by a minimum of 30% by 2030.

“This is the first large-scale onsite solar farm and battery that BHP has commissioned at any of its global operations,” says Eduard Haegel, Asset President at BHP Nickel West. “The Northern Goldfields Solar Project will further improve our position as one of the lowest carbon nickel miners in the world. It will reduce emissions from electricity use at Mt Keith and Leinster by 12%, reduce fuel costs and improve the reliability of our electricity supply with the addition of the battery storage system.

“This announcement follows the nickel supply agreement we signed with Tesla last week. Sustainable low carbon nickel is essential for our battery and electric vehicle customers.”

Eyes on the sustainable prize for BHP and TransAlta

The solar farms and battery projects will be built, owned and operated by TransAlta as agreed in its power purchase deal extension signed in 2020 with BHP. Construction will take between 12 to 14 months and will begin in 2022.

“We are proud to be supporting BHP’s emissions reduction targets and sustainability goals through the expansion of our renewable generation footprint into Australia,” says President and Chief Executive Officer of TransAlta John Kousinioris.

As, arguably, the top driver for innovation in the mining industry, BHP continues to impress with its actions improving the sustainability of its practices and key collaborations to accelerate and promote the need for environmental and viable changes