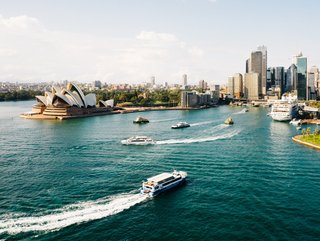 While Australian cities are currently lagging globally as hubs of sustainable prosperity, the country has long-term improvement plans

When it comes to the world’s most sustainable cities, Australia’s are lagging, with not one of the three Australian cities included in the Index breaking into the top 20.

That’s according to the recently released Arcadis 2022 Sustainable Cities Index, which ranks 100 of the world’s cities based on three pillars of sustainability – planet, people and profit – including air pollution, green spaces, energy consumption, sustainable transport, green finance, among others.

European cities dominate the rankings, with seven cities in the top 10, including Oslo and Stockholm holding top spots, and Copenhagen, Berlin and London ranked fourth, fifth and sixth, respectively.

Why Australia is lagging in sustainability gains

Australia’s most sustainable city, Sydney, is ranked at 33, while Melbourne comes in at 60 and Brisbane at 64.

“My take on this is that we’ve been trading on the natural beauty of our cities, but this is no longer enough; people demand more,” says Arcadis Australian Cities Director, Stephen Taylor.

The report finds that while Sydney achieves its rank of 33 mainly due to the profit pillar, and also rates well for clean air, the city rates poorly for environmental exposure and lack of bicycle infrastructure. And while Melbourne is ranked highly for its health and income equality, it falls short for affordability, and transport links.

So, why are Australian cities struggling on the sustainability front? One of the main challenges the report finds is housing affordability and cost of living, something that is being addressed via infrastructure investment to facilitate 30-minute cities.

A long-term solution, such an infrastructure investment would enable people to live, work and socialise within a much smaller radius and this in turn will take the pressure off the inner-city suburbs that are in such high demand due to their proximity to the best opportunities.

It’s a solution needed if Australian cities are to compete for global companies, skilled migrants and international students.

“Being a sustainable and prosperous city isn’t just a ‘nice-to-have’ for residents,” says Taylor, “it’s part of a city’s identity and is critical for people looking to make life-changing moves to new parts of the world."

In spite of current challenges in the market, Taylor is optimistic about the long-term sustainability and prosperity of Australian cities.

He points to a range of exciting initiatives coming out from Australia’s City Councils and State Governments to connect and green cities. “If the recent federal election is any indication, there is a real desire in the community to invest in a more sustainable future,” says Taylor.