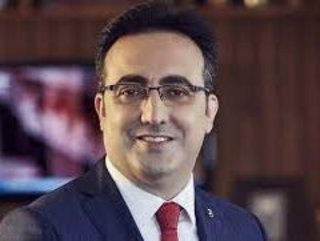 Former chief executive of Turkish Airlines, IIker Ayci, has been tapped to be the new CEO of Air India, as owners Tata Sons look to turn carrier around

If you’re looking to turn around the fortunes of an airline, it makes sense to pull in someone who has done it before.

Which is why Tata Sons, recent owners of debt-laden airline Air India, has poached former Turkish Airlines’ chief executive, IIker Ayci. The 50-year-old Turkish national, who is set to take the helm of the Indian heritage airline on April 1, 2022, is credited with turning around the fortunes of Turkish Airlines.

Under his leadership, the carrier expanded in terms of both destinations and the number of aircraft, and despite its more than US$800m losses in 2020 due to the devastating impact of the pandemic, became one of the first major airline companies to register a profit in 2021.

Describing IIker Ayci as an “aviation industry leader who led Turkish Airlines to its current success during his tenure there”, Tata Sons chairman N. Chandrasekaran is confident that Ayci will do the same for Air India and lead it “into the new era”.

During a highly successful career, the political science graduate served as Advisor to Turkish president Erdogan when he was the Mayor of Istanbul in the 1990s and following this served as the CEO of several insurance firms. Ayci also helmed a number of leading associations, including as CEO for the World Association of Investment Promotion Agencies and president of the Prime Ministry Investment Support and Promotion Agency of Turkey.

This appointment comes after Tata Group bought the loss-making national airline back from the government in October last year.

Tata Group, which founded the airline in 1932 before it was nationalised in 1953 following the independence of India, paid nearly US$2.4bn for the airline following the government’s adjustment of the terms of the debt.

The government had been attempting to sell Air India, which has been making losses since 2007, for a year before Tata Group agreed, a time period which had seen the airline rack up even further losses – with the government stating it was incurring losses of nearly US$2.6m every day.

So, why did Tata Sons make the purchase? Despite the losses, the airline does have many assets. As well as its fixed assets – land, buildings, more than 130 planes – which according to the aviation ministry were worth more than US$6bn in March last year, Air India has key slots at London’s Heathrow airport, thousands of trained pilots and crew, and more than 40,000 pieces of art and collectables.

And, with passenger growth at around 20% per year in India, and the Indian market vastly underserved, according to analysts, the prospects for good business look good.

The addition of Air India to its portfolio will give Tata Group – which already includes full-service carrier Vistara and budget airline AirAsia India – a significant leg-up in its international operations, as it gets access to 1,800 international landing and parking slots at domestic airports, and 900 slots at airports overseas, in addition to the 4,400 domestic slots.

As Tata Sons chairman, Emeritus Ratan Tata, stated in a tweet following the acquisition, “While admittedly it will take considerable effort to rebuild Air India, it will hopefully provide a very strong market opportunity to the Tata Group’s presence in the aviation industry.”