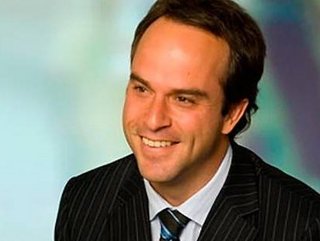 Since it was announced late last year that Cindy Hook, the current chief executive of Deloitte Asia-Pacific, was set to return to her native North America after four years in the role, David Hill, the current deputy CEO, has been tipped to step into her leadership shoes, effective 1 May.

And now it has been confirmed, according to the Australian Financial Review, with the Deloitte veteran approved via election as the next chief executive of the Big Four’s APAC region.

David has very big shoes to fill, as under the leadership of Cindy, who was the first woman to lead a Big Four firm in Asia-Pacific, Deloitte APAC grew 14% in the last year, reaching a valuation of $8.5bn and 60,000 employees.

APAC is in fact the fastest-growth region for the world’s largest traditional professional services firm, and is predicted to continue such growth,
​​​​​​​

An Australian national and a member of Deloitte Asia’s Executive Committee, David, 47, has been with Deloitte for more than 25 years, joining in 1995 as a graduate analyst, following the completion of a commerce degree with the University of Adelaide.

During his time with the professional services firm, David has gained extensive international experience across Australia, the UK, US, Japan and Korea, and served in increasingly senior roles, first becoming a partner in 2003 and at the same time becoming lead and founding partner of Deloitte’s Corporate Finance practice in South Australia. He has also led Deloitte Australia’s mid-market business (Deloitte Private) and the M&A transaction services business.

In 2015, David was appointed chief operating officer of Deloitte Australia, responsible for ensuring Deloitte has a world-class operating model to support and enable the partner and staff of the firm to provide the highest quality client service, before becoming deputy CEO and COO of the firm’s newly merged Asia-Pacific entity three years later, where he works with business, client, industry and operations leaders across Asia to execute an agreed operating model and align priorities and joint investments across Asia and globally.

“Our goal is to provide a seamless experience for our clients and unrivalled opportunities for our people across the Asia Pacific; to invest together for maximum impact and to make a positive impact that matters in the communities in which we live and work,” David says.

Passionate about leadership and empowering and developing the partners and staff of Deloitte to realise their full potential with the firm, David has been recognised as a Young Global Leader by the World Economic Forum and as an Outstanding Future Leader in the Financial Services Institute of Australasia (FINSIA) Pinnacle Awards.

As well as Deloitte commitments, including serving on the Global Clients and Business Executive and Global Operating Committee, David is deputy chancellor of The University of Adelaide and a fellow of The Institute of Chartered Accountants of Australia and New Zealand.