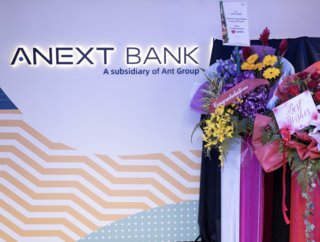 The world’s highest valued fintech, Ant Group, is once more stepping beyond its Chinese borders to Singapore with the opening of a digital bank as it looks to capture the fast-growing Southeast Asia market.

This comes as regulatory crackdowns in China continue, impacting the firm’s revenues.

It’s not the first time Ant Group, which was born in 2014 out of Alibaba’s mobile payments platform Alipay, has eyed international expansion, and the Southeast Asia region, in particular. In 2016, Ant Group’s then CEO Eric Jing put global expansion at the core of the Group’s goals, announcing at Davos that the Group would have a global customer base of 2 billion people within 10 years.

The global takeover hasn’t quite gone to plan, with many of its investments made in Southeast Asia and India faltering, among these its 30% stake in Paytm, and its overseas operations still only account for less than 5% of its revenues.

Dealing with tightening government regulations has been its focus over the last few years, following the cancelling of its highly anticipated IPO in 2020 after the Chinese government ordered a regulatory overhaul into its financial practices.

This regulatory crackdown has impacted the Group’s profits, making overseas expansion more important than ever, and the Group it seems is making moves once more.

Over the last year, Ant has been building a global cross-border payments network by partnering with or investing in third-party e-wallets, banks, and remittance services. In April, they formed a strategic partnership with Singapore-based 2C2P, which helps enterprises in ASEAN move money across borders. This follows partnerships with third-party payment platforms across the region, including Touch ‘n Go in Malaysia and GCash in the Philippines.

And now, Ant is setting its setting up shop in the region, with the launch of a digital wholesale bank. Called ANEXT Bank, the business will focus on providing digital financial services to local and regional micro, small and medium-sized enterprises (MSMEs), especially those with cross-border operations.

The new bank will consist of a Singapore-first team with 75% of workers based in the city-state, and will be led by Toh Su Mei, a former executive at DBS – Southeast Asia’s leading bank – where she previously led its lending arm for SMEs in the region.

Ant will also partner with Proxtera, a local entity that is part of a public initiative led by the Monetary Authority of Singapore to create an open framework for collaboration with financial institutions.

It’s not the only digital bank to launch in the city-state in recent months, following the unveiling of Green Link Digital Bank, as Singapore looks to open up the banking industry to tech companies, giving its traditional banks including DBS Group Holdings and OCBC a run for their money.

Chief Fintech Officer at the Monetary Authority of Singapore, Sopnendu Mohanty said the “continuous innovation and new capabilities that digital banks are slated to bring will no doubt add more engines of growth to Singapore’s financial sector”.