10 corporate climbers – CEOs who rose through the ranks 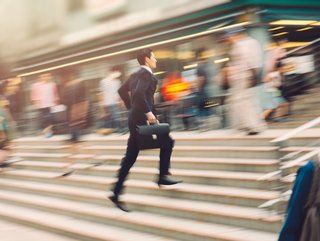 From mailroom to boardroom, rising up the leadership ladder is possible, as these 10 chief executives prove – from Baidu and IBM, to Walmart and Citigroup

In 1907, New York high school dropout Sidney Weinberg secured his first job as a janitor at Goldman Sachs. Twenty-three years later, and he was appointed CEO where he remained for the next 44 years until his death.

It sounds like an unusual corporate story, not just for its rags to riches theme, but also the longevity of service at one firm, given that workers spend an average of 4.1 years with one employer, according to the US Bureau of Labor Statistics.

But it’s not quite as unusual as you might expect. There are a number of big-name execs who kick-started their decades-long career climb on the very bottom rung, beginning with entry-level positions, and with hard work and decades of commitment, rose all the way to the top.

We pay tribute to these longtime leaders, former and current CEOs, who have proven that climbing the corporate ladder is possible. 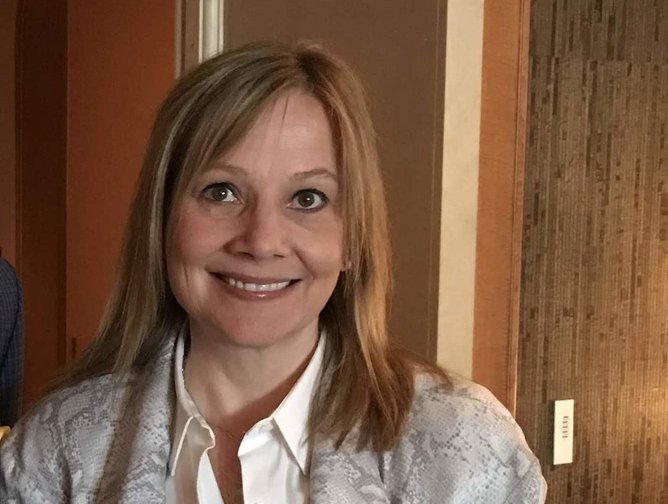 Probably the most famous face to have climbed the corporate ladder from the very bottom and within the same firm is the CEO of General Motors, Mary Barra. Considered one of the world’s most powerful women (she ranked fifth on Forbes’ 2019 Most Powerful Women list), it took Mary 24 years to make chief executive, having started as a student with the firm in 1980, aged 18. Mary’s first job was checking fender panels and inspecting hoods, the earnings of which helped to put her through school. She worked her way up through the ranks via senior positions in human resources and product development to the top job in 2014, becoming the first woman to ever head up a large automaker.

In 2004, aged just 19, Chinese national Li Mingyuan kick-started his career at tech giant Baidu with an internship. His performance impressed and he began working his way up through the company ranks via a number of management roles including senior product marketing manager and general manager of e-commerce. before being appointed vice-president nine years later at the age of 29 – making him the youngest VP in the company’s history. Though he he did take a year out to study for his MBA. Li became known as the ‘Prince of Baidu’ during his time there and was seen as the potential successor to chief executive Robin Li. However, he resigned in 2016, aged 32, following an internal investigation that revealed conflicts of interest. He denied any wrongdoing, but departed. 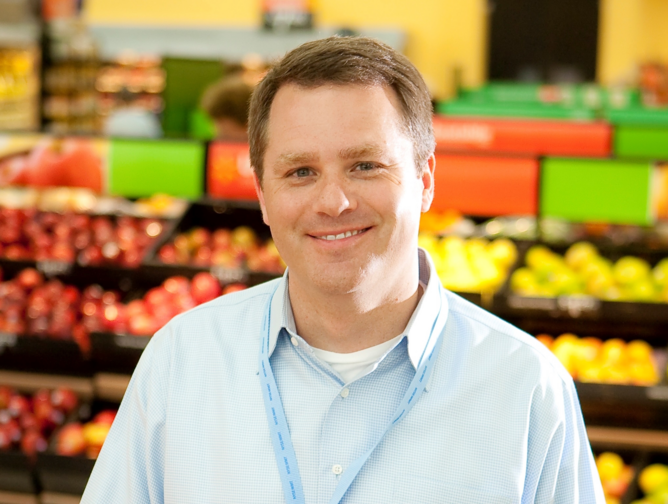 The current CEO of big-box retailer Walmart, Doug McMillon, began working at the retail giant as a teenager unloading delivery trucks in Arkansas, the birthplace of Walmart. After taking some time out to study, a bachelor’s degree in business administration, he returned to Walmart as a trainee buyer in the athletic department and studied for his MBA in his spare time. From here, he worked his way up the ranks and across departments – from food to apparel to home furnishing – moving into management roles, including merchandising manager, before becoming a senior VP overseeing toys, electronics and sporting goods. In 2006, he was named CEO of Sam’s Club (Walmart’s wholesale store) where he earned a reputation for focusing on small-business owners and growing international sales significantly. He was named CEO of the entire group in 2014, exactly 30 years on from joining as a manual loader. He is the youngest CEO to lead the company since its founder Sam Walton, and is renowned for his commitment to making a positive impact on social issues.

Now chairman and president of China’s biggest condiment maker, billionaire businessman Pang Kang started out at the bottom of the rung working in the sauce department of the company (then called Foshan Sauce Shop) in 1980. In just two years, however, the finance graduate rose through the ranks and was appointed vice-chairman. exactly 40 years later and the 66-year-old billionaire is now chairman of the food manufacturing giant. 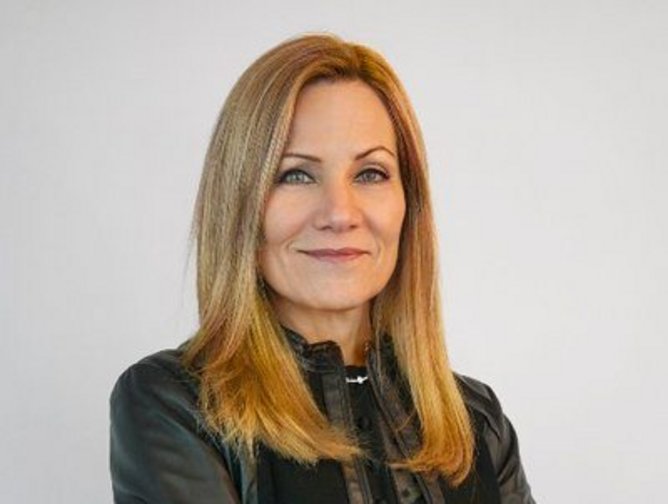 Karen Kaplan joined ad agency Hill Holliday in 1982, aged 22, as a receptionist, hoping to save enough money for law school. Fast forward to three decades later, she took over the Agency’s leadership as CEO – a role she’s now held for a decade and one where she oversees three Interpublic Group agency brands, including Hill Holliday, EP&Co, and Trilia Media. She worked various roles at the agency rising in the ranks over the years, before being promoted to managing director of the Boston office in 2001. She has been honoured by Business Insider, Campaign US and Ad Age as one of the most influential women in advertising, and has helped the agency develop a proven ability to help brands fight a daily share battle in the noisiest categories – with successful clients including Bank of America, Johnson & Johnson and Dunkin’ Donuts.

Beginning as a pharmacy intern at Walgreens in 1980, Greg Wasson moved into management training at the pharmacy retail giant, and spent the next decade in store operations. He then moved into leadership, first running Walgreens Health Services, before becoming COO and finally CEO some 30 years after joining Walgreens. He retired in 2021 after 35 years of service. Greg led the fortune 35 company to record fiscal 2014 sales and is credited with creating significant financial and shareholder value, initiating and completing game-changing mergers and acquisitions and establishing Walgreens’; position as an industry leader. 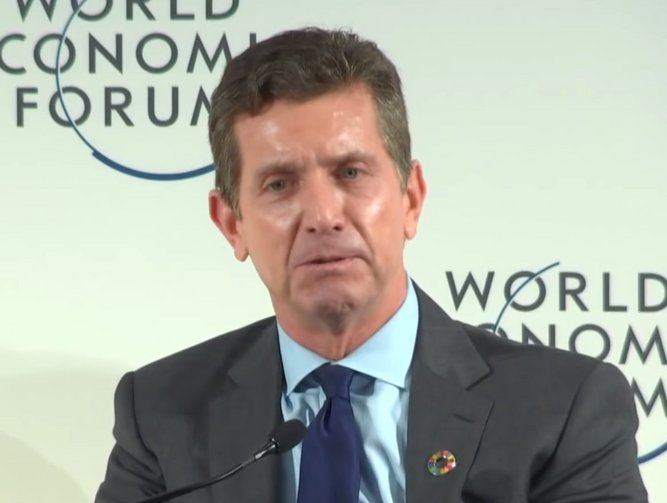 Alex Gorksy spent three decades at pharma giant Johnson & Johnson and 10 years as CEO before his transition to executive chairman last year due to health reasons. Joining the 135-year-old firm in the late 80s as a salesman at Janssen Pharmaceuticals, owned by Johnson & Johnson, Alex advanced through positions of increased responsibility in sales, marketing and management becoming group chairman of J&J’s pharmaceuticals business in EMEA. In 2009, he was appointed worldwide chairman of the Surgical Care Group before landing the top job in 2012. Described by the board as a “visionary and transformational leader” whose influence has “shaped both the healthcare landscape and the greater business community”, Alex led a global team of 136,000 associates, oversaw a more than 60% increase in R&D investments, oversaw significant breakthroughs in vaccine programs, and delivered exceptional financial performance with its market cap growing more nearly US$180bn to more than US$470bn. Not bad work for a salesperson. 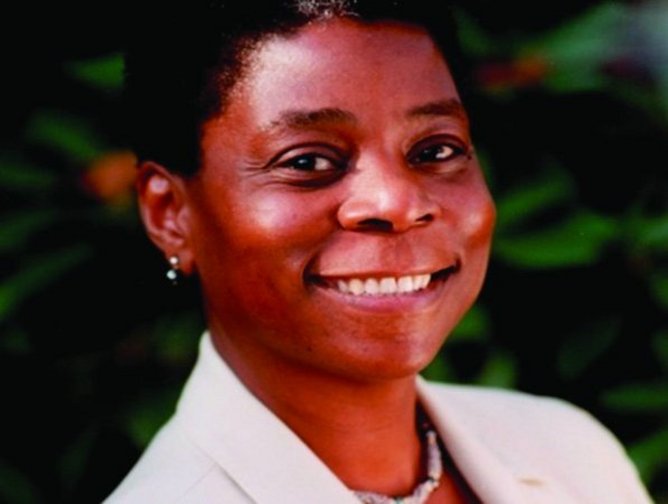 Ursula Burns, CEO of Xerox for seven years and the first black woman to be chief executive of a Fortune 500 company, worked her way up from internship, She spent a decade in engineering positions, but after being offered the role of executive assistant to a senior exec, she joined the leadership ladder and rose to chief executive in 2009.

The former CEO of Citigroup, Mike Corbat, cut his career teeth in the sales department of Salomon Brothers, which became part of Citigroup a few years later, bringing in a salary of just US$17,000. He spent the next 30 years putting in the hours, eventually landing the top job in 2012 – a role that gave him a slightly higher salary at US$24.2m (as of 2019). The New York-based banker, 61, held a number of executive roles on his three-decade-long journey to becoming chief, including heading up Citi’s global wealth management unit, CEO of Citi Holdings, and chief executive for the EMEA region. He spent eight years as chief executive before retiring in 2020 after 37 years at the bank. During his tenure, the banks’ financial performance improved steadily and significantly pre-Covid with net income increasing from US$7bn to nearly US$230bn from 2012-2019.

Finally, former IBM boss Samuel Palmisano joined the tech giant in 1973 as a salesman and worked his way up to executive assistant to the then-CEO in 1989. From there, he climbed the corporate ladder becoming COO, then CEO two years later staying the course until he retired in 2012 – clocking up a total of 40 years at the firm.