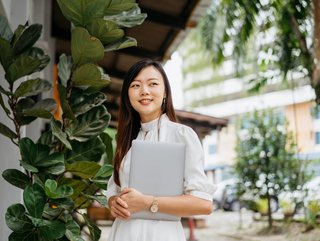 Singapore has highest percentage of women CEOs in the world, but lags other Southeast Asian countries on boardroom representation, reports Deloitte

The tiny city-state ranked number one worldwide, according to The Women in the Boardroom: A global perspective study with 13.1% of female CEOs in 2021, more than double the percentage of women in CEO roles globally (5%, up from 4.4% in 2018).

A second Southeast Asian country, Thailand, came in at number three globally with 11.6% CEO positions held by women in 2021.

This comes hot on the heels of Forbes esteemed 2021 Asia’s power businesswomen list, where three of the 20 female CEOs named are Singaporean – pretty impressive for a tiny country that has one of the smallest populations in Asia.

These include seasoned banker Helen Wong, Group CEO of OCBC Bank; veteran banker Judy Hsu, CEO for consumer, private and business banking at Standard Chartered Bank; and Ng Him Choo, CEO at EtonHouse, the founder of the Singapore-based international education group which has grown to house 20,000 students across 130 campuses and 11 Asian countries.

Similarly, Singapore has seen the number of women on boards climb since 2018, with data showing nearly a 4% increase – 17.6% in 2021, up from 13.7% in 2018, proving that the move towards greater gender parity in leadership is happening in Lion City.

However, compared to a number of leading European countries, including France, Italy and Denmark, which all have more than 40% female representation on boards, Singapore lags on boardroom gender balance – ranking 28th globally and fourth in Asia after Malaysia, Thailand and the Philippines.

“While Singapore has better representation of women in senior management positions and these senior leadership roles are a springboard for women to join company boards, data reveals that the pace of change is still too slow, with Singapore trailing other countries in the region,” says Philip Yuen, chair, Deloitte Singapore.

That said, 2022 could be the year where more women are appointed to the boards of listed companies, as the nine-year rule on director independence came into effect at the start of the year.

“The rule represents an opportunity for companies to reassess the needs of their board in post-pandemic business conditions,” says Yuen, adding that seeking out women candidates with the requisite skills can be part of this process.

“If there are more than enough women with the competencies needed to rise through the ranks, then the question is, ‘Are businesses and society doing enough to give them the chance?’ Cultivating gender-diverse teams and in particular supporting more women leaders in areas like equal pay, flexible work arrangements, and female mentorship programs are some ways to help fulfil their full potential. Collectively, organisations need to continue to nurture talented women – not just mentoring them, but overtly sponsoring them as future leaders for a more inclusive kind of capitalism.”

Where Singapore did backtrack in 2021 was in its female representation across chief financial officer roles, which according to Deloitte dropped to 33.7% in 2021, down from 35.3% in 2018.

Despite this drop, one-third of CFO roles in Singapore are occupied by women – that’s more than double the 15.7% global average and significantly higher than the US with just 13.5% female CFOs, the UK with 15.2%, and Australia with 16.3%.

When it comes to female boardroom representation, Southeast Asian companies are collectively on the up – with an average of 17.1% of women in board seats compared with 14.3% in 2018. This outperforms the Asia average of 11.7% and nears the global average of 19.7%.

Although the region has seen improvements in women board representation, the perception and perhaps acceptance of women assuming top leadership positions in boards are "significantly varied across geographies", says Deloitte.

Indonesia fell by 2.4% while Malaysia and Thailand reported an improvement of 2.6% and 1.2%, respectively.