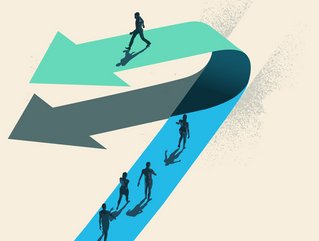 To meet the demand-supply gap for tech talent, IT and services firms in India are innovating and diversifying – from Wipro to Accenture

To compete for top tech talent and meet the demand-supply gap, India’s IT firms and professional services firms are stepping up their hiring practices and rolling out increased benefits – from offering more opportunities to get promoted and gain new skills to increasing flexibility and compensation.

While TCS, India’s biggest IT services firm and recently crowned best workplace to advance your career by LinkedIn, was impacted like other firms by The Great Resignation, it managed to maintain the lowest attrition rate among Indian IT majors. The company, which is expected to reach revenue of US$50bn by 2030, is currently hot on promotion having promoted 110,000 employees in the eight months from April to December 2021.

Conversely, Cognizant has battled the highest attrition rate among Indian IT firms. But the New Jersey-headquartered firm is fighting back with a hiring spree, onboarding 50,000 freshers this year, up from 33,000 last year, and on a mission to attract and retain the best talent. The company, which saw its first double-digit rise in revenue since 2015, in the last quarter of 2021, is looking to offer promotions and higher bonuses as well as invest in employees’ training and development.

India’s fourth company to touch US$100bn in market capitalisation, Infosys, which continues its focus on digital and cloud, is attempting to combat the massive talent shortage in the IT space in the country with the provision of education, onboarding more than 1.2 million users on its digital reskilling platform. The firm, which has 232,690 employees in India (292,070 globally), is also hiring 55,000 college graduates this year and even more next year.

As Capgemini doubles down on emerging technologies, from quantum computing to the metaverse, the global IT major – which has nearly half of its global workforce in India (150,000 of 324,700) – plans to hire more than 60,000 new employees in India this year.

Indian IT and services multinational Wipro is also upping its hiring numbers, with plans to recruit 30,000 freshers in 2023, up from 17,500 in FY22; while HCL Technologies is almost doubling its fresher hiring target from around 22,000 in FY22 to 40,000-45,000 in FY23. The company, which has a global headcount of 197,780, has further introduced a 5-year compensation visibility roadmap for new joiners and mid-level managers as a retention measure.

To tap top talent, many firms are having to be more creative, innovative, and diverse in their hiring practices.

Accenture, which recently ranked 2nd in LinkedIn’s best workplaces for career progression in India, is diversifying into new regions in the country, setting up offices in tier 2 cities like Jaipur and Coimbatore with the aim of accessing talent and providing more flexibility to employees.

Similarly, Big Four firm Deloitte, whose Indian workforce is 15% of its global total, intends to reach tier 2 and tier 3 cities to boost workforce diversity as well as offer flexibility to employees.

And IBM, which is targeting a comprehensive growth strategy for 2022 with a focus on building development centres plans to expand in and hire from non-metro cities as it looks to cast a wider talent net.

Hiring more women is a continued focus for India-based IT and services firms. Accenture is moving closer to its goal of achieving a gender-balanced workforce – an objective it set up globally in 2017 – with women now comprising 45% of the company’s India workforce; while TCS now employs 200,000 women, also around 45% of its total workforce in India.

And last year, Wipro kicked off a return-to-work programme targeted at women looking to kickstart their careers after a break.