Big tech helping to bridge the digital divide in Asia 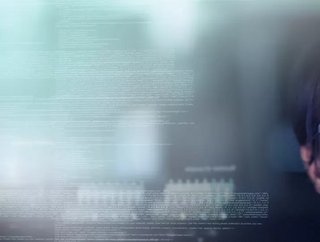 To help bridge the digital divide, big tech is partnering with the public sector to deliver upskilling initiatives across APAC

While the pandemic has accelerated digital transformation, it has also exposed the digital divide that exists in society today, a divide that is particularly acute across Southeast Asia.

LinkedIn has found that the top three fastest growing job categories in Southeast Asia for 2021 are digital content, data analyst, and software technology. And according to an AWS report between 666 million and 819 million workers in Asia-Pacific will use digital skills by 2025, up from just 149 million today, with the average employee requiring seven new digital skills in order to keep pace with emerging tech and technological advancements.

According to Ben King, Country Director, Google Singapore, the “pandemic has only accelerated our shift towards a world that is more digital” with digital marketing and cloud technology skill sets that are “now highly in demand, and this demand will continue to increase in the long run.”

The bottom line is that businesses across Southeast Asia are likely to face severe talent shortage, if they do not beef up digital reskilling of their workforces.

But who’s responsibility is this? The issue of how to share the costs of upskilling has not yet been solved, according to PwC’s Upskilling for Shared Prosperity report. And while there is unlikely to be an optimal one-size-fits-all approach to funding national upskilling initiatives, policies such as Singapore’s SkillsFuture may hold lessons for others.

What is clear however, is that to achieve widespread upskilling at a fast enough pace, the public and private sectors must work together, and the big tech companies must work with governments to help build digital skills and drive economy recovery.

According to Ahmed Mazhari, President, Microsoft Asia, “no single entity can thrive in isolation”, which is why private enterprises, employers, governments, and non-profits must collaborate and work across sectors to foster partnerships and solutions that will have lasting impact.

“Investment from both the public and private sectors, led by big tech, creates opportunities for startups and small enterprises and those they employ,” explains Mazhair, who argues that tech leaders have a “responsibility to help people acquire these digital skills, for their own benefit and to future-proof Asia’s competitiveness”.

So, which companies are partnering with the public sector in Asia to help narrow the digital divide?