Data, cloud and cyber skillsets a priority for Asia Pacific 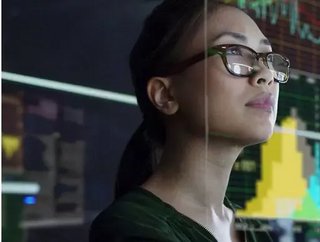 With APAC facing severe shortages in data, cloud and cybersecurity skillsets, firms like Cisco, Amazon and Microsoft are investing in digital upskilling...

The Asia Pacific region is facing a future with severe shortages in data, cloud and cybersecurity skillsets, according to a new report by Amazon Web Services (AWS) and to combat such shortages, global tech giants such as AWS (Amazon), Microsoft and Cisco are partnering with regional organisatons and institutions to help bridge the digital skills gap.

According to the report titled 'Unlocking APAC's Digital Potential', between 666 million and 819 million workers in Asia-Pacific will use digital skills by 2025, up from just 149 million today, with the average employee requiring seven new digital skills in order to keep pace with emerging tech and technological advancements.

By 2025, the region's workers would require 6.8 billion digital skills to carry out their job, up from 1 billion today. This estimates the need for 5.7 billion digital skill trainings over the next five years to ensure the average worker acquires capabilities needed to keep pace with technological advancements.

There are regional differences, however. The report reveals that while Australia, Singapore and South Korea have the highest proportion of employees using digital skills today, at 64%, 63% and 62%, respectively, and Japan weighs in with 58%, countries like Indonesia and India are far behind with 19% and 12%, respectively.

Data, cloud and cybersecurity skillsets most in demand

This means that businesses across the Asia Pacific region are likely to face severe talent shortage, if they do not beef up digital reskilling of their workforces, and especially so in the capabilities of data, cloud, and cybersecurity.

Demand for capabilities in designing and refining new cloud architectures is expected to climb 36% in the next five years, the highest growth among all digital skills, while the need for digital workers to create large-scale data models and database technology will surge by 34%.

The ability to develop digital security and cyber forensics tools and techniques was projected to be in severe shortage by 2025, with 30% of digital workers in Singapore and 48% in India pointing to such skills as necessary to carry out their jobs, but not currently having the skills to properly do so.

According to organisations interviewed for the report, the shortage of such digital skillsets is the result of the rate of growth in the adoption of cloud and data analytics in the region.

Demand for skills types differ by market. While Indonesia and South Korea are likely to see the fastest growing demand for advanced digital content creation skills, Japan is expected to see the highest demand jump at 30% for advanced cloud skills, such as migrating firms’ legacy on-premise environment to cloud-based architectures.

To boost their employability, the report emphasises the need for students across Asia-Pacific today to be educated in the digital skillsets that are projected to see the largest spikes in demand, specifically in capabilities in data, cybersecurity and cloud.

And global technology companies are stepping up to the digital plate, partnering with regional educators or organisations on digital reskilling initiatives and virtual internships in skills needed.