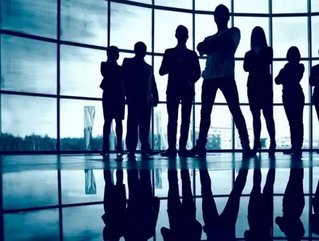 Young CEOs are becoming more and more common as startups and app developers are gaining ground and respect in the exploding new business market. Ageism can be a problem for these young leaders, as many of their older colleagues and connections find it difficult to have a millennial in charge. So how do they do it?

Australia’s market for young leaders is growing right in stride. We look at a few of the top young leaders—one as young as 23—to examine their paths to success, and see what it takes to get to the top of the food chain so early in their careers.

As founder and chief executive of the online recruitment startup OneShift, you would expect Genevieve George to have a few companies and years of experience under her belt. This is the first major venture of the CEO, who is only 23.

OneShift specialises in jobs for casual, par-time and shift workers, and launched less than two years ago. George saw a gap in the market—many job search services cater to full-time or freelance job seekers—and capitalised on the niche. She also experienced this gap in the market firsthand. While working a six-week job on a boat in France, she attempted to find a better short-term employment opportunity; the search was harder than she anticipated. When she returned to Sydney, George pasted together a online portal via WordPress and started marketing.

“It really took off. It reflects the fact that many of today's workers don't necessarily want nine to five jobs. They want to be able to travel and explore opportunities,” George said to Sunday Morning Herald.

“We've got mums looking for flexible work through to teenagers and retirees. Recently we matched a hospital director on long service leave with a start-up looking for a short-term business strategist.”

Since its launch, the business has garnered over 300,000 jobseekers with a staff of 35 and $5 million in starting investment. Last year the company was valued at $18 million; this year, its revenue has increased by 65 percent.

George’s persistence and not being afraid to fail have been two great assets for her and her company. She also cites her lack of business knowledge as a positive trait as well.

“It meant I could make decisions on the fly based on gut instinct rather than rely on precedent or hard and fast rules,” she said. “It wasn't a question of 'do I have the skill-set?' but 'what can I do to make this work?'”

“The beautiful thing about being 23 is that I don't have four kids and a mortgage. I can take a risk and put my best foot forward,” said George, who works more often than not, even on the weekends.

You would think the term “overnight success” would have a very literal meaning. But colleagues and university mates Michael Bell and Nic Blair are “overnight successes,” on their ninth attempt of starting a profitable business. In between university and their success, both worked long hours, founding businesses and working part-time jobs, ultimately selling their cars to pay back loans to the banks.

Like Genevieve George, the two friends noticed a gap in the market—specifically, it was very difficult to find affordable, flexible and personal search engine optimisation in Australia. The two began developing the Search Factory in 2011, combining their knowledge and experiences, both good and bad, from past business endeavours.

Search Factory capitalises on a key difference in the market of SEO—the company does not offer contracts or package but instead charges an hourly rate, not a usual way of business in the content marketing world. Clients get flexibility with no need to stay committed should they not like the service. It puts Search Factory in the hot seat, making sure they get it right for every client, every time.

So what makes business number nine different? Bell and Blair have focused their efforts on relationships—both with their employees and clients—innovation, skills and results. The most important focus, however, has been on their expertise.

“Search engine marketing is what we know inside out, so we are committed to sharing and supporting local businesses in their quest to generate strong enquiries through online methods,” Bell shared with the Brisbane Times.

The two friends also shared that work ethic is a huge contributor to their success.

“Firstly, you can do the minimum and work day by day just to get by. Or secondly, you can go above and beyond and give 150 percent, bend over backwards to achieve the best.”

Between their first eight failed business endeavours, both men took the time out to network with people in their industry. The communication skills learned, as well as the connections they made during these opportunities, set the foundation for Search Factory. Both believe that this skill is the most important in marketing, claiming “it is all about who you know.”