Will You Be Joining Mark Zuckerberg In His Book Club? 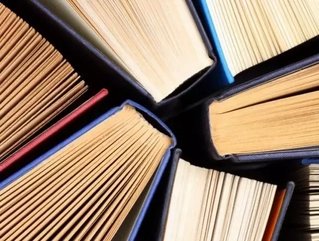 Do people even read anymore? I think people read now more than ever. It may not be books, newspapers or magazines, but with the Internet, blogs, social media platforms, text messages and a hundred other different channels, people never stop reading.

Another question often asked: do people read paper books anymore? With the advent of e-readers, purchases of paper copies of books have been down.

You wouldn’t assume either of these points from the numbers of copies of Moises Naim’s book The End of Power: From Boardrooms to Battlefields and Churches to States, Why Being In Charge isn’t What it Used to Be has sold since the New Year. The book has sold out on Amazon, and has hit the second spot on the website’s economic bestsellers list.

How does a book that came out in March of last year suddenly sell out? Facebook.

Not Facebook, specifically, but its founder. Mark Zuckerberg set an admirable New Year’s Resolution: he wants to read a book every two weeks in 2015. And he didn’t just make it his goal, he invited the world to join him. He created “A Year of Books,” a community page that, as of this writing, has over 220,000 likes. Even if a quarter of people who like the page bought Naim’s book, it’s no surprise it sold out!

Zuckerberg’s book choices over the next year will send Amazon and brick-and-mortar stores scrambling to stock relevant reading material. Although it’s too soon to call this book club an equal of Oprah’s or Bill Gates, Zuckerberg has a lot of influence over several generations of people, and I wouldn’t be surprised to see this topic make headlines all year.

The founder’s first choice is the perfect read for executives. Zuckerberg shares that The End of Power is “a book that explores how the world is shifting to give individual people more power that was traditionally only held by large governments, militaries and other organizations.” As a leader with power, and a fresh new year to bring something new and different to the table at your company, this book club may be worth the time.

Will you be joining Zuckerberg’s book club? Let us know on Twitter.